Packard had ties with Cuba

Old Havana’s Iberostar Grand Packard hotel is a reminder of an earlier American automotive era in a city that in many ways is synonymous with American vehicles of yesteryear.

The five-star hotel, which opened in 2018, is billed by Iberostar as a “jewel of the hotel industry worldwide,” with the company adding that “the coexistence of its original architecture with new minimalist elements make it a benchmark in reconstructive architecture when heritage conservation is concerned.”

Alexei Torres Velázquez, Marketing Director for Iberostar Cuba, noted the hotel — a historic building — sports the name of a car company that had strong ties to Cuba.

“The Iberostar Grand Packard is more than a city hotel as it treasures a strong history linked to the luxury automobile industry,” Torres Velázquez says. “Packard, the flagship brand of the deluxe automobile industry during the first half of the (last) century, had its first travel agency on the island (of Cuba), dedicated to VIP passengers.”

Iberostar has worked to maintain the Packard legacy, for a while using a restored Packard vehicle to chauffeur Iberostar Grand Packard guests around Havana. 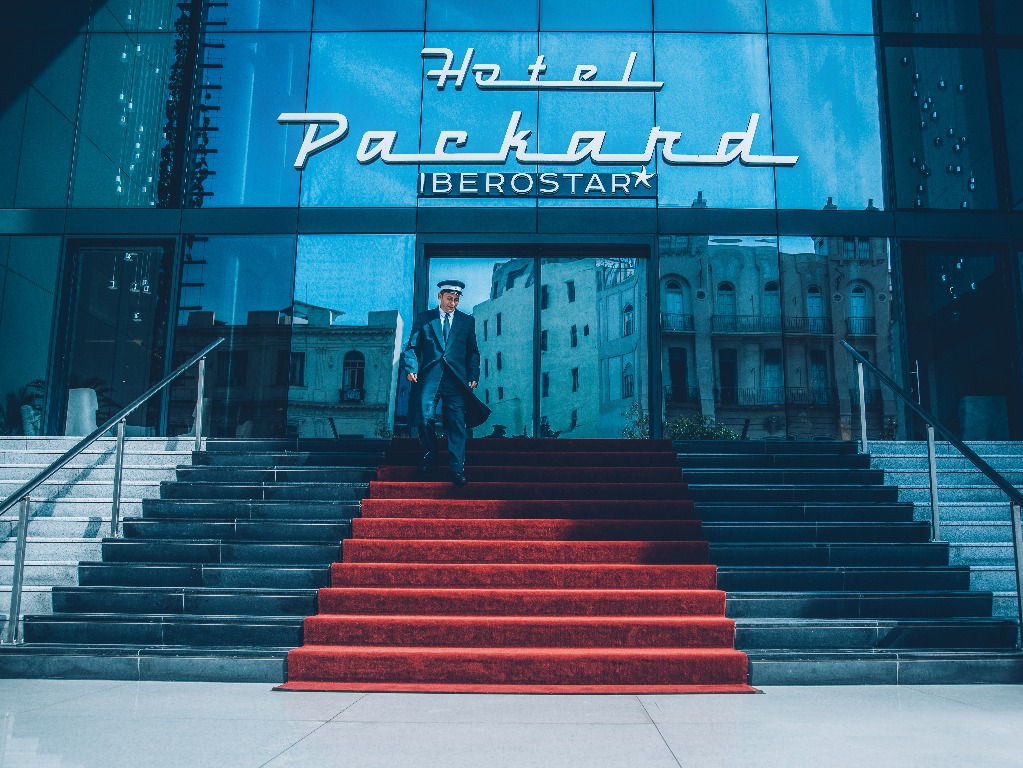 Iberostar in turn says the Grand Packard caters to those seeking a very comfortable hotel stay, pointing to the likes of a spa, choice of restaurants, rooftop pool offering views of the city, shows, fitness room, butler service, and meeting room availability.

Iberostar’s Havana presence also includes the Parque Central Havana, another upscale Havana property that tells of the city’s long past.

Meanwhile, Torres Velázquez says Havana’s continuing to see many American cars that are more than half a century old continue to travel its streets adds to the city’s charm.

Indeed, he labels Havana “the largest rolling museum in the world,” and says the Iberostar Grand Packard is proud to pay tribute to the many vehicles that mostly have disappeared from other cities but continue to be very visible in Cuba’s capital.

“Touring Havana in one of its classic cars and ending your day at Iberostar Grand Packard, with its terrace and panoramic pool overlooking El Morro, El Prado and the Malecón, is an experience that every traveller longs to live,” he states.

The lowdown on bottoms up in Cuba