Flanders beer named after The Devil

How about some Sympathy for the Devil?

Or failing that, a little appreciation for a Belgium beer named after The Prince of Darkness?

Beer culture is ever-present throughout Belgium, with one one brand De Koninck offering those wanting to quench their thirst Duvel 666.

Duvel is an older Dutch word for devil, while 666 is the number associated with the Beast.

The beer’s alcohol content is a very creative and very precise 6.66, while a label on the back of the bottle shows an image of devils dancing around the distinctive-looking D used in Duvel. The label invites people to take in the “dance of the Devils of hops.”

But why name a beer after the anti-Christ?

De Koninck — part of Belgian beer powerhouse Duvel Moortgat — invites people to tour its Antwerp brewery, seeing the different stages of production, take in many interactive experiences and also learn of different beers produced there, including a flavoured one called Lost in Spice. 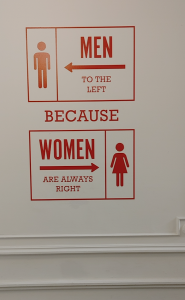 Some items in the brewery’s gift shop are labeled In Odd We Trust.

De Koninck bills Duval 666 as a “full-bodied blond ale… with a natural haziness” that uses six varieties of hops, and proudly notes that it has won awards, including a gold medal in the Belgian-Style Hoppy Blond category in Britain’s International Beer Challenge.

Frank’s Visit Flanders colleague Brecht Putman notes Duvel 666 is stronger than many other beers and so those ordering it in a bar might want to moderate their drinking or risk feeling a “little tipsy.”

And Frank adds that those wandering into a Flanders watering hole shouldn’t feel any unease about ordering a beer named after a figure seen as symbolic of evil.

“Do not feel any sense of guilt whatsoever,” he advises. “We only feel sorry for other people in the world who can’t drink this amazing beer.”