A look at Fairmont’s past, present and future

Fairmont Hotels & Resorts has come a long way since 1907, when Fairmont San Francisco first opened. The rich history of the iconic brand can be discovered in the pages of Fairmont: Grand By Nature, a newly launched coffee table book that delves into stories of Fairmont’s beginnings, the brand’s leadership in sustainable hospitality, and its star-studded legacy.

To find out more about Fairmont’s past, present and future, Travel Courier caught up with brand leader Mansi Vagt.

The pandemic was hard for the hotel industry. How did you shift strategies to come out stronger? 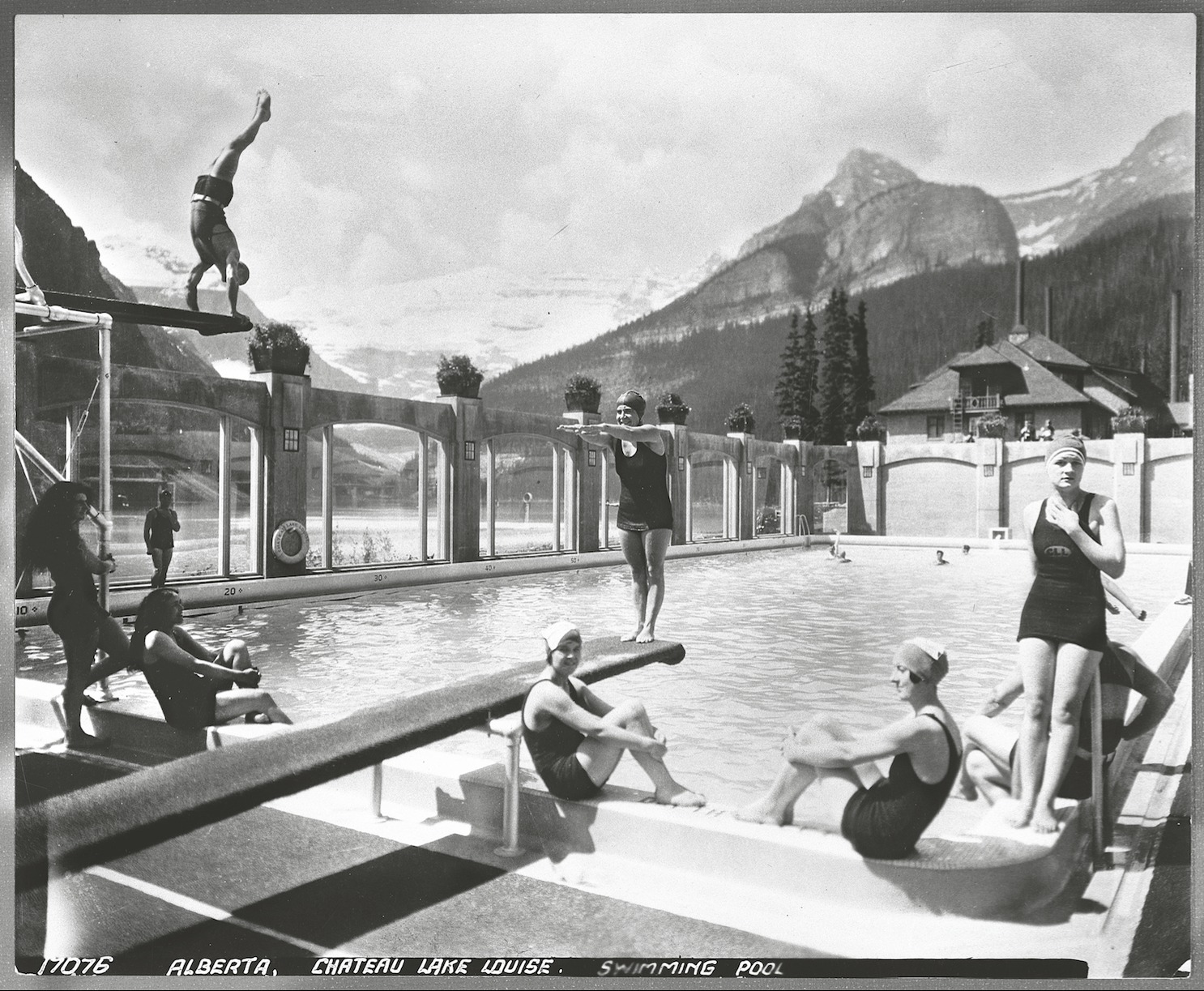 Yes, it has been a traumatic two years for our industry but I think it’s also brought along with it some healthy changes in terms of how people choose to find balance in their lives. Travel is one of the ways we find inspiration and reinvigorate ourselves, and people are choosing to stay in one place for a longer time rather than rushing from one place to the next. Whether they are coming for business or pleasure or often a combination of the two, people want to be taken care of and truly immerse themselves in a destination. At Fairmont, our hotels are well positioned to allow for that flexibility, so you can feel comfortable finding a little nook to work in the morning and then enjoy an afternoon by the pool or exploring the destination and a delicious dining experience at our restaurants at night.

What inspired the Experience the Grandest of Feelings campaign earlier this year and what are some of the elements you wanted to capture? 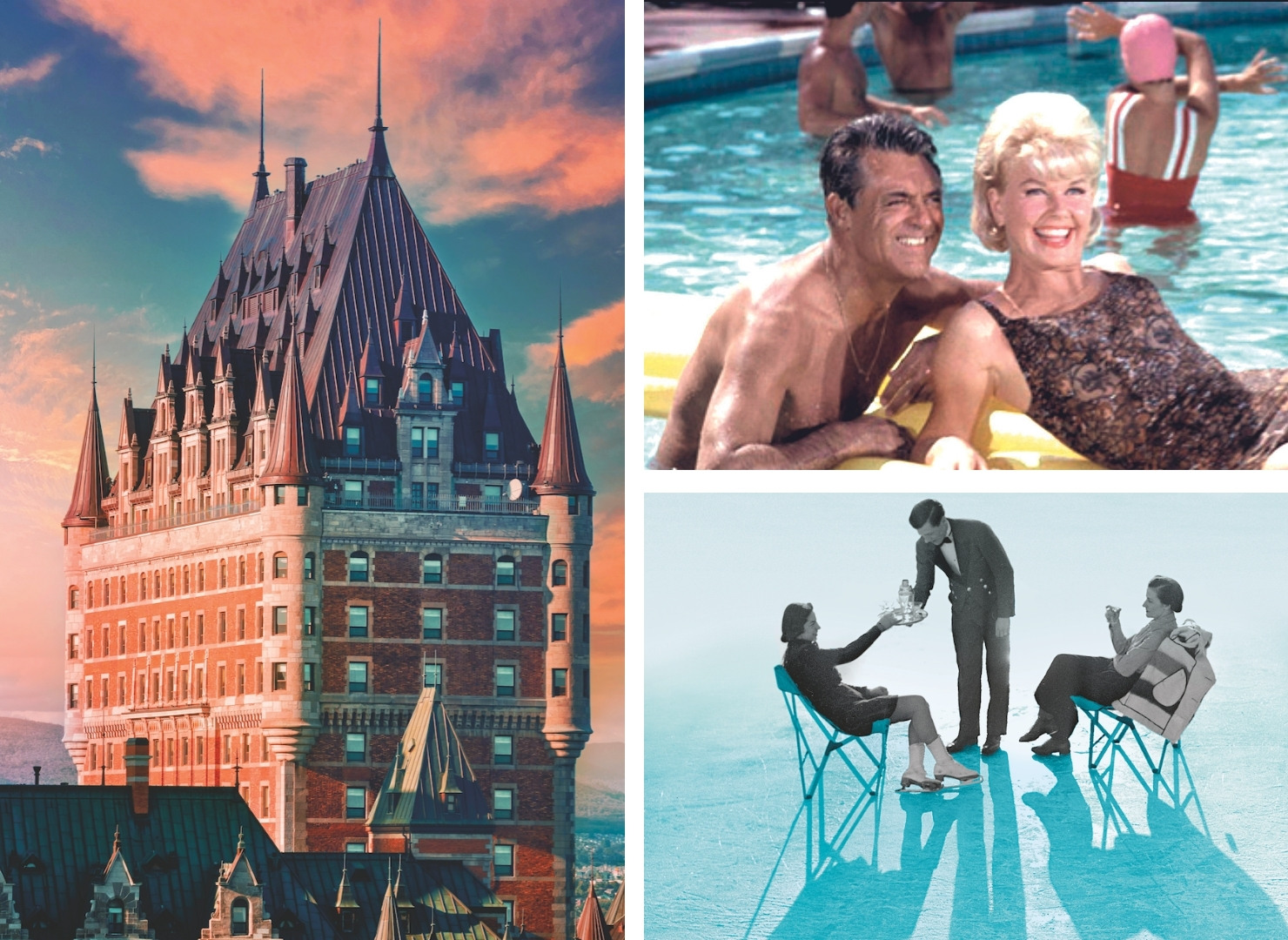 Our campaign captures that exciting feeling one has when we travel and first arrive at a new destination. When we are awe-inspired by the sense of place, the culture, the sights, the sounds of something new to discover, even if it’s a place we have visited before. Fairmont has always been at the heart of our communities, whether it is our bustling city centres or the breathtaking landscapes of our resorts. Travel can be a transformative voyage that takes hold of you through pristine nature and grand scenes – we wanted to connect our guests to these places of historic beauty but with modern sensibilities for a new generation of travellers.

Tell us about launching Fairmont: Grand By Nature and can you share a bit about Fairmont’s grand history? 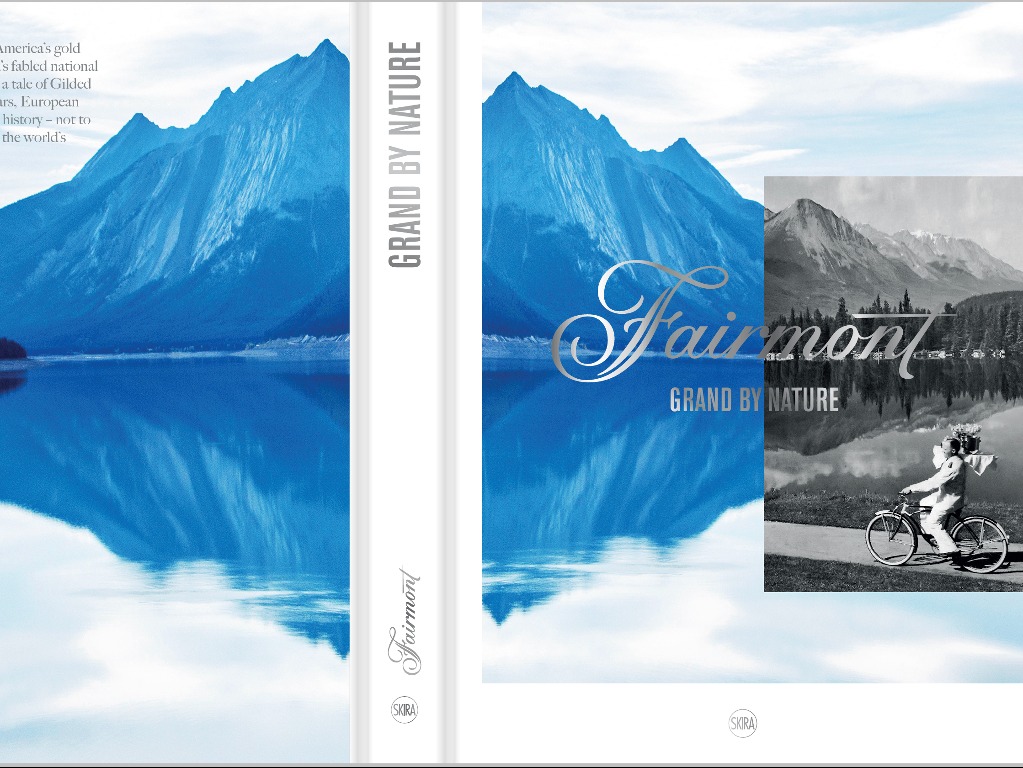 It has been a true joy and honour to launch this book and showcase the stories of our beloved brand. Some of the most iconic cultural and historic moments have occurred within the walls of a Fairmont hotel. As one of our founders, Cornelius Van Horn said when the Canadian Pacific Railway was being built; you can’t export the scenery, so we’re going to import the tourists and he did so with properties like the Banff Springs in 1888 and Chateau Frontenac in 1893. We are also proud to be one of the few heritage brands that have female founders, Virginia and Theresa Fair Vanderbilt, our namesakes, who built the first ever Fairmont hotel in San Francisco in 1907. We wanted to create a book to celebrate not only these incredible properties and our grand origins, but also celebrate the fabulous events and pivotal occasions that have taken place at Fairmont hotels over the years, from Truman Capote’s Black and White Ball at The Plaza, a Fairmont Managed Hotel to the Dinner of the Century hosted at Fairmont Century Plaza by the White House to honour the safe return of the Apollo 11 astronauts…and so much more!

You recently held an event in Toronto to celebrate the launch complete with some of Fairmont’s famous guests’ favourite fare from over the years. Can you share some examples and are these things guests can still enjoy at Fairmont properties around the world? 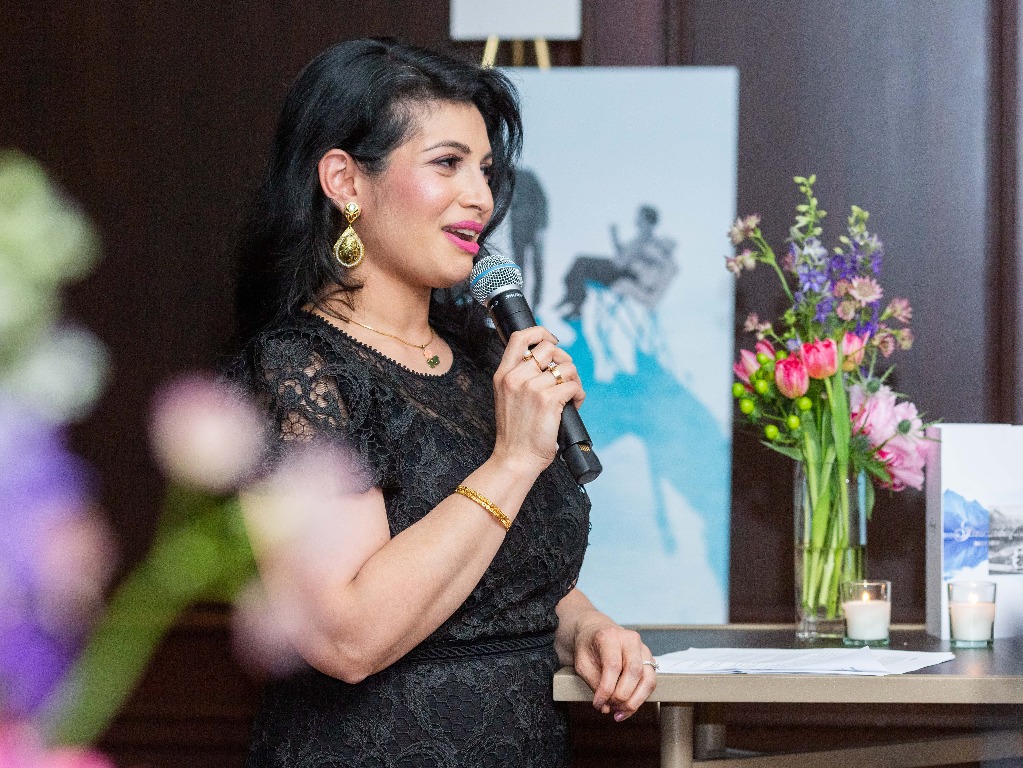 Yes, indeed. We had the Poule Au Pot which was inspired by a dish that Winston Churchill enjoyed at The Savoy in London. Churchill, along with other politicians, formed a dining society named The Other Club at The Savoy. The dish that was always served at these dinners was the Pot Au Feu and The Poule Au Pot is a modern twist on it. And our second main choice was Canadian Wild Salmon which was inspired by the story of Princess Louise, daughter of Queen Victoria and wife of The Marquis of Lorne and the Governor General of Canada. Princess Louise was known to send salmon over ice in boxes from Canada to her mother in London. As you may have guessed the breathtaking Lake Louise, home to Fairmont’s Chateau Lake Louise, was named after the Princess.

Finally, our dessert was the Pêche Melba, which is a delicious dessert of peaches with raspberry sauce over vanilla ice cream. It was created by The Savoy’s fabled chef Auguste Escoffier who named it after Dame Nellie Melba, an Australian operatic soprano who lived at the hotel for a time.

Many of our hotels still do serve dishes inspired by their rich culinary history which pay homage to these iconic moments, famous guests and their own local heritage.

Are you noticing any interesting trends emerging across the industry? How are you catering to these needs? 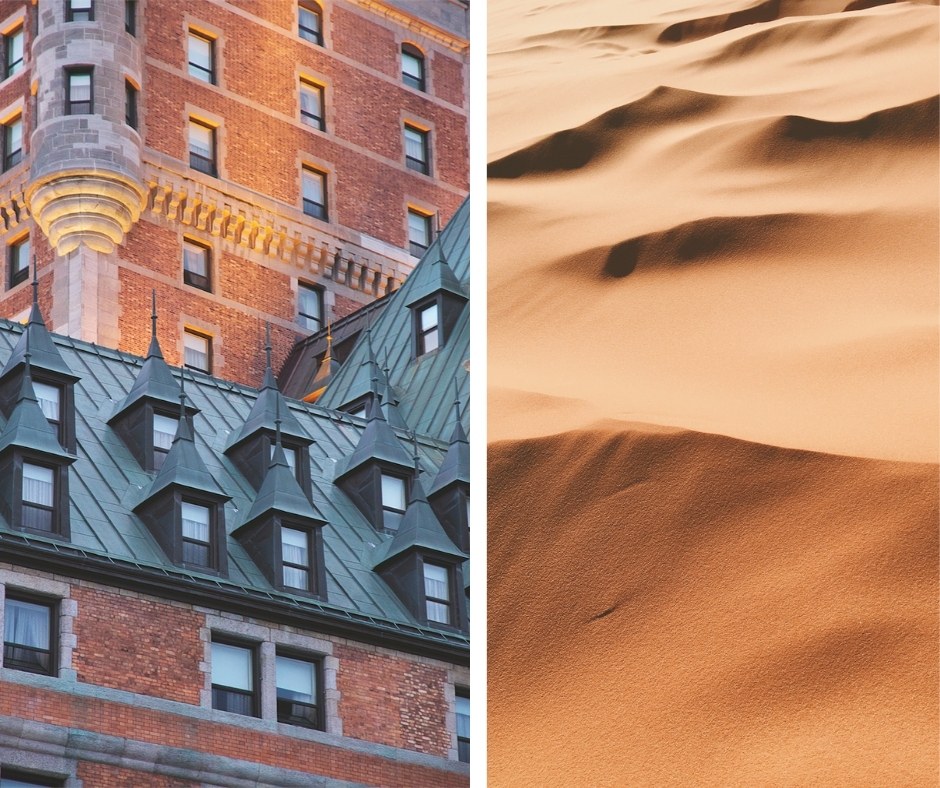 People are certainly ready to travel and dine out again and we are seeing that in our local demand and bookings. They want to celebrate all those milestone moments they have missed with friends and family. We’re seeing a focus on more meaningful and once-in-a-lifetime trips for a longer length of stay to celebrate that 10 year anniversary or 40th birthday celebration with their loved ones and our hotels are the perfect places to take care of every detail. From the special suite to the grand dinner, we know how to make every moment perfect so it’s an experience you’ll remember for a lifetime.

Can you share some insights into some of the key luxury experiences consumers are seeking? 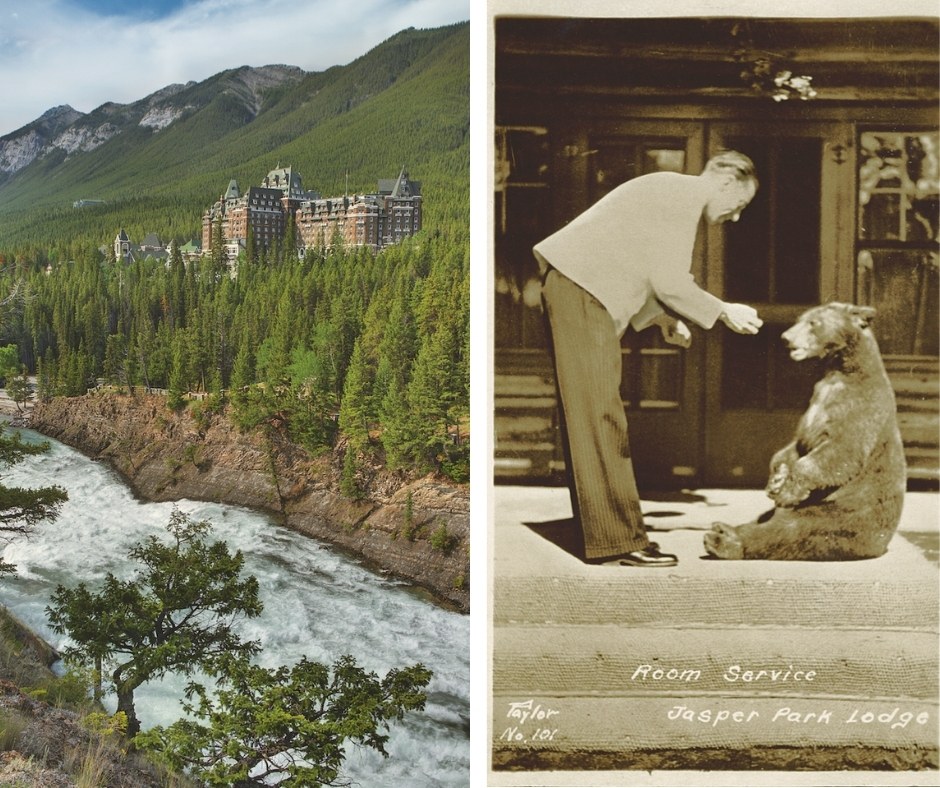 Our guests have missed that sense of discovery as I mentioned earlier and Fairmont has always been known for our authentically local experiences and connection to our destinations. Luxury travellers today certainly want to be taken care of but they also want to know that the brands they choose to engage with are taking sustainability and their local communities into account. Our hotels are truly at the heart of their communities and integrate local artisans, purveyors, and organizations into their experiences and programming. You can take hula dancing and ukulele classes at our properties in Hawaii, a guided archaeological and foraging tour on the Scottish coastline at Fairmont St. Andrews or snorkel our a unique semi-submerged underwater gallery that supports coral reef growth at Fairmont Maldives. The culture of the destination is embedded in our Fairmont DNA and luxury guests today are looking for a personalized experience that can connect them to something new and incredible – something unforgettable that they can take home with them. 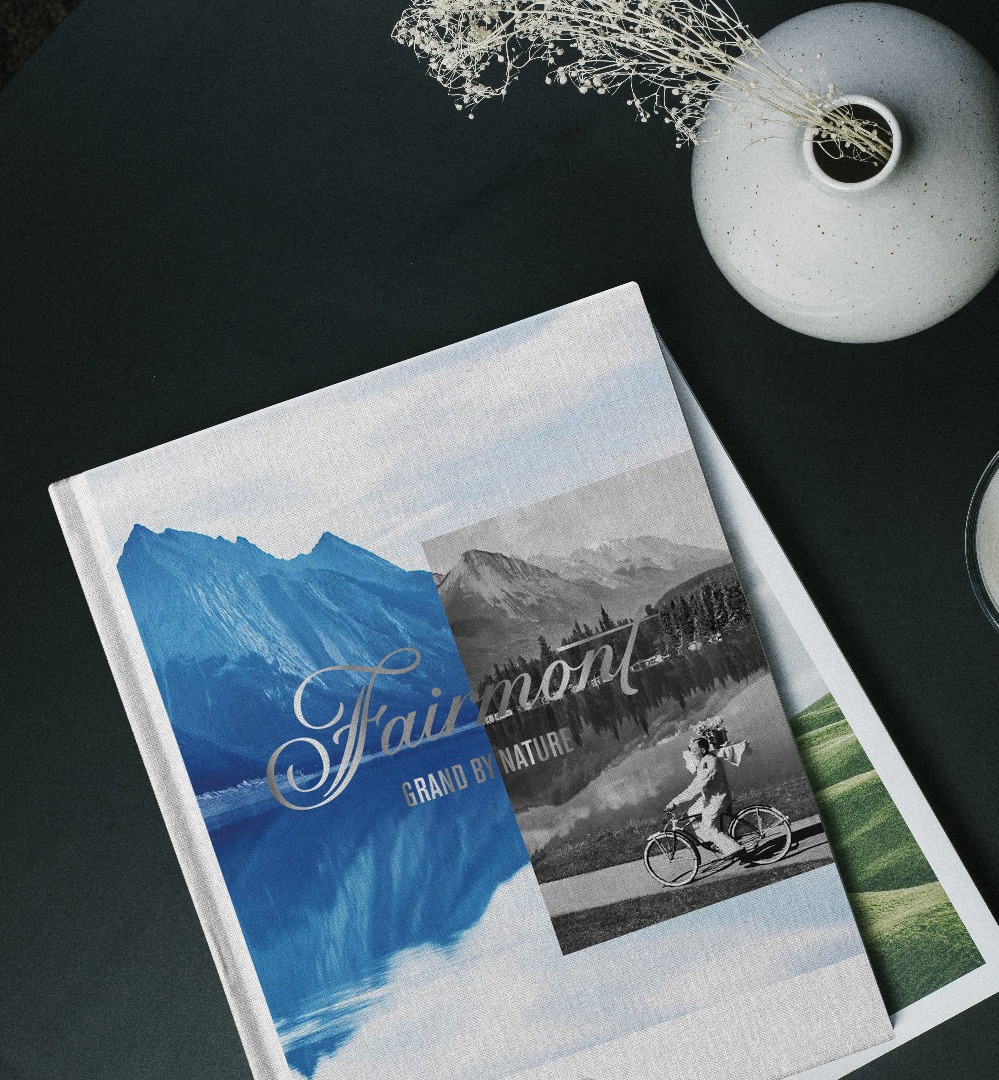 Our book is a tribute to the many generations of Fairmont colleagues who have put their hearts and souls into building a truly iconic brand. I look forward to the next 100 years and the many extraordinary tales and moments that will take place at Fairmont hotels around the world, especially as we open so many new and exciting properties in new locations around the world.

Finding purpose beyond profit in travel and tourism