Ensemble Travel Group had a banner year in 2018. In fact, the group celebrated the results during its recent Executive Retreat at Opryland in Nashville, welcoming more than 100 of its members to the event that focused on strategies for 2019. 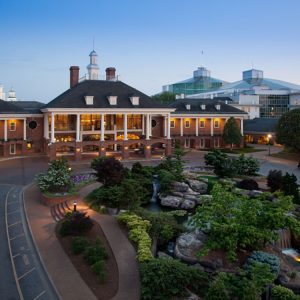 The annual event featured breakout sessions on marketing and technology as well as keynote speaker, Jamie Turner – author of the best-selling mobile marketing book, Go Mobile – who talked about the unwritten rules of persuasion and the science behind the words and actions that influence others.

And yes, the group looked at the highlights of 2018 which included an increase of 43 new North American locations, sales volume increases of 15% represented by growth in New Preferred Suppliers, New Members and Existing Member Growth from 2017 and another record year for the cooperative’s Member Payout.

David Harris, who was appointed to the newly created position of CEO on March 14, observed: “These events are critical to the relationship we have with our members and instrumental in the growth of their respective businesses as well as the overall success of Ensemble.” 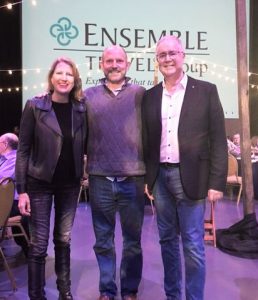 Lindsay Pearlman, co-president of Ensemble Travel Group, told the gathering: “Looking ahead, we are focused on continued growth in our cruise and air programs as well as improving technologies such as our member portal and both access and utilization of data.”

As well, Ensemble is advancing several other areas in marketing moving beyond pushed emails and printed mailers to using technology, data, analytics and automation to gain deeper insights into customers and prospects to act quickly on those insights.

Reflecting Ensemble’s strong performance in 2018, it has recently been recipient of numerous accolades including:

Libbie Rice, co-president of Ensemble Travel Group, said: “We are humbled by this recent recognition and hope to build on the momentum in 2019. A strong economy, lower fuel prices and an increased desire for experiential travel are all contributing to positive growth in the travel industry. We and our members are committed to enabling an increase in travel across all sectors.”

Behind the scenes with Kensington Tours