The Christmas spirit continues into the New Year in Flanders

Visit Flanders is inviting people to eat, drink and be merry this Christmas — and beyond as well.

The tourist board’s Marco Frank notes that his part of Belgium has Christmas markets featuring among other things gingerbread houses, Christmas trees and mulled wine and run until Jan. 6, enabling visitors who weren’t there for Christmas Day to still experience some festive local spirit. (Some of the markets are closed this year because of the pandemic.)

Winter festivals are also staged in a part of Belgium that’s home to such cities as Brussels, Antwerp, Bruges and Ghent.

Winters in Belgium are comparatively mild, with temperatures likely to be above freezing in a country that sees little snow. Winter is a slower tourism season and visitors will find hotel deals.

But Frank says those visiting Flanders in winter — and other seasons as well — can experience Belgium’s famed beer culture and a culinary scene that isn’t as well known but  receives sought-after accolades. There are just under 3,000 restaurants worldwide that have earned Michelin star ratings and 127 of those are in Belgium, with Belgium on a per capita basis having a higher number than France, a country synonymous with great restaurants.

“That’s something that isn’t really known,” Frank says of the number of Belgium restaurants that have received the honour. “When people think of great restaurants they think of France.” 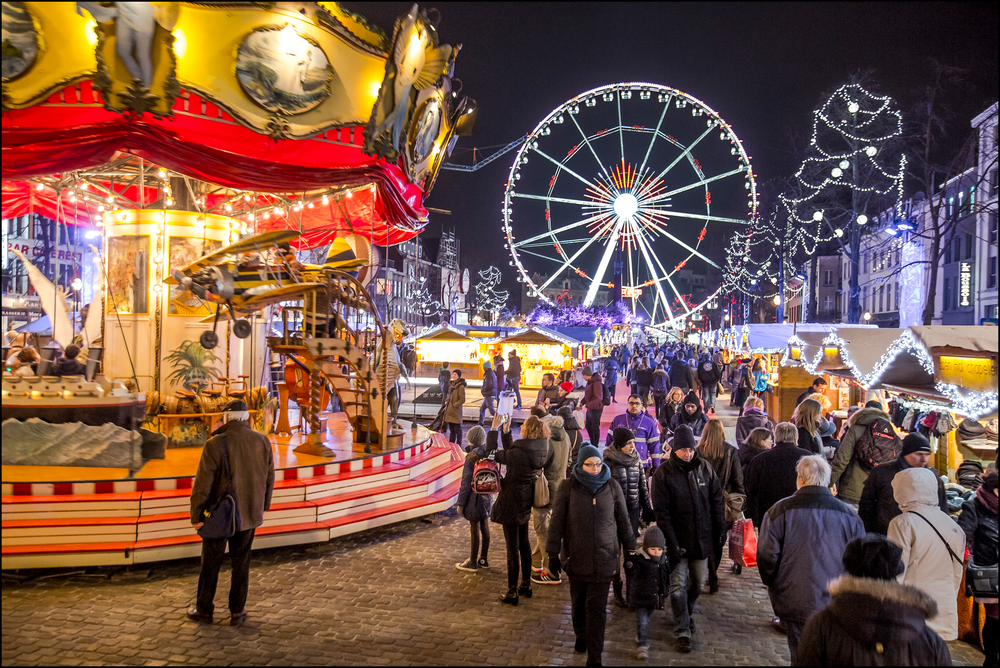 Those in Flanders and elsewhere in Belgium don’t rush when dining, viewing meals as social occasions.

Frank adds that Michelin starred restaurants in Belgium tend to be “quite affordable,” recalling how those who visited some of those eateries on a Flanders fam trip he led routinely expected their meals to cost twice what they actually did.

Belgium’s beer culture has received World Heritage Site recognition from UNESCO, which was impressed by the likes of brewing traditions and methods of brewing. There are around 1,700 different beers in the country, some brewed by Trappist monks who carry on centuries-old traditions.

“They take beer as seriously as the French take wine,” Frank says of people in Belgium, who enjoy “sipping a beer” and appreciate different flavours.

Frank adds that Flanders is seeing developments on the museum front, with Antwerp’s Fashion Museum (Modemuseum) having reopened in September after having been closed for three years.

St. Bavo’s Cathedral in Ghent has a new museum within its confines showcasing the Ghent Altar Piece, which Frank labels the “first northern Renaissance painting.” The artwork figured in the movie The Monuments Men, which starred Matt Damon, George Clooney and John Goodman.

Slated to open in September of 2022 is the Royal Museum of Fine Arts, which will have been closed for renovations for 11 years upon its reopening date. The museum has art dating back to the 14th century, among them paintings done by such household names in art circles as Rubens.

Frank notes 2022 marks the 105th anniversary of World War I’s bloody Battle of Passchendaele, and there will be special Canadian commemorations in July and November.

He adds that outdoors enthusiasts will enjoy Flanders, including cyclists, with dedicated ones taking to some 12,000 kilometres of trails in Belgium during winter. Some trails link up with trails in bordering European country, providing international cycling experiences.

The Tour of Flanders is reportedly the toughest one-day bike race in the world, Frank says, and the Famed Tour de France sometimes includes Flanders on its route.

Meanwhile, Frank says bars, restaurants and attractions in Flanders are open to those who are fully vaccinated, and Canadians who haven’t been outside this country in the previous two weeks don’t need to undergo testing when entering Belgium, although the airline they travel to Belgium with may insist on proof of vaccination.