Curaçao is ready for Canadians

Welcome back to Curaçao

From her professional kitchen in Curaçao, Helmi Smeulders is explaining how to make Arepa di Pampuna, which are pumpkin pancakes.

Typically, guests would be participating in the hands-on cooking class in person, but today we’re connecting via Zoom to get a taste of Curaçao from home.

As Smeulders, self-described as a lawyer by trade and a chef by choice, advises the group to fold in the dry ingredients with the wet ones, I’m thankful for the failed “fold in the cheese” cooking scene with David and Moira on Schitt’s Creek to know what this step actually entails. Soon, a visit to Curaçao will no longer have to be held virtually as Air Canada takes off with non-stop flights from both Toronto and Montreal. While the destination officially reopened to Canadian travellers on July 1, the airline will be the first to operate direct Toronto to Curaçao service twice a week on Tuesdays and Sundays as of Dec. 20 and Montreal to Curaçao on Tuesdays and Fridays as of Jan. 12.

Along with cooking classes, Smeulders, who has published two cookbooks, also offers a chef’s table dinning option utilizing local ingredients but making it fine-dinning, a pop-up restaurant in March and September, and a special “dinner in a field.” (And, if you were wondering, my pancakes didn’t look quite as nice and fluffy as Smeulders’ creation but my taste buds didn’t complain. PS: A chance to whip up your own batch follows this story.)

With four languages spoken on the island — Papiamento, Dutch, Spanish and English — Gianina Atalita, Destination Services Manager for the Curaçao Tourist Board, says visitors will have no problem interacting with locals.

Atalita says the winter season is the prime season for Canadians to visit Curaçao, which is a 4.5 hour flight away from Toronto. To learn more about the destination, clients can embark on a tour with Tirzah Statia of Go Local in Curaçao after settling into their holiday.

While the colourful architecture of the waterfront Handelskade strip of Punda is often associated with the island, Statia says the story goes that the buildings used to be white until a former governor complained about getting migraines from how much they reflected the sun’s glare.

For the full story, and a highlight reel of what awaits in Willemstad, check out this video:

“There are more than 30 beaches on the island and the beautiful thing about it is every beach is unique,” Statia says. “If you want white sand beaches, you can have that, if you want beautiful black volcanic stones, you can have it, and you also have Kenepa Beach (Knip Beach), I call it the five shades of blue here on the island. When you walk there, it is an awe moment. It’s five shades of blue that you find there.”

Statia says some of her personal favourite things to explore in the destination is the local street art.

For those seeking a bit of a thrill, Albert Schoop of Vertical Fun Curaçao gives visitors the opportunity to repel down the Queen Juliana Bridge — the highest bridge in the Caribbean.

Even though she’s afraid of heights, Atalita recently did it and described it as “one of the most amazing experiences I’ve had on the island.” Those looking for a locally made gift to bring back home for family or friends, can purchase unique jewellery from Lionfish Caribbean, which makes pieces from the fins of invasive Lionfish. The business is owned by Lisette Keus, a former journalist who catches Lionfish to control the population and to protect other fish species.

“Lionfish are invasive throughout the Caribbean,” Keus says. “They’re a problem for the reefs and the ecological system because they’re very good predators, they eat a lot, and they eat juvenile fish before they’re capable of reproduction so there’s a major impact on the fish population and we need those fish on the reef to eat the algae off the corals. Lionfish themselves are very good at reproducing, they spawn eggs twice a week and 30,000 eggs per time so that adds up a lot. So what I do is catch Lionfish and we do that scuba diving mostly.”

Keus then sells the Lionfish to local restaurants and says it’s “very good to eat” so why not recommend clients try it off the menu? As for what the vibe is like across the destination right now, Alita says there are a lot of things for travellers to do.

“Being that we are on the island, a lot of our activities are outdoors so most restaurants are open, the vibe is very chill,” says Alita. “Everybody knows that there are rules in place, make sure you keep a physical distance, make sure wash your hands, companies are very good at making sure they have hand sanitizers available to everyone, but everything is pretty normal at the moment. We do have a curfew, but it doesn’t impact operational hours because it starts at midnight and ends at 4:30 a.m.”

Now it’s your turn! Make your own Arepa di Pampuna at home: 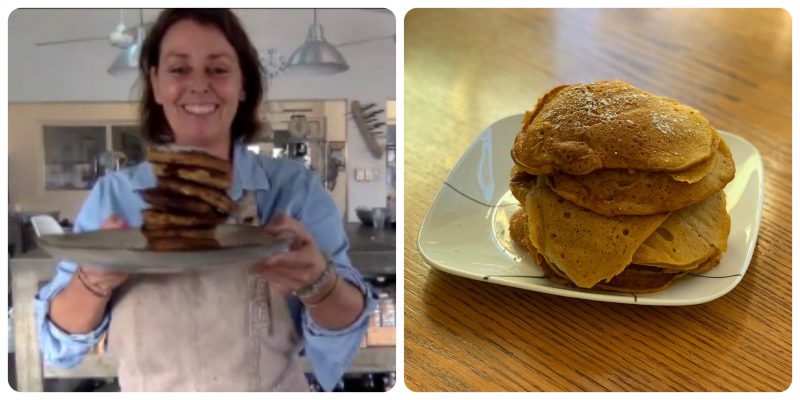 Here are Helmi’s & Ann’s finished product… we call that a success! 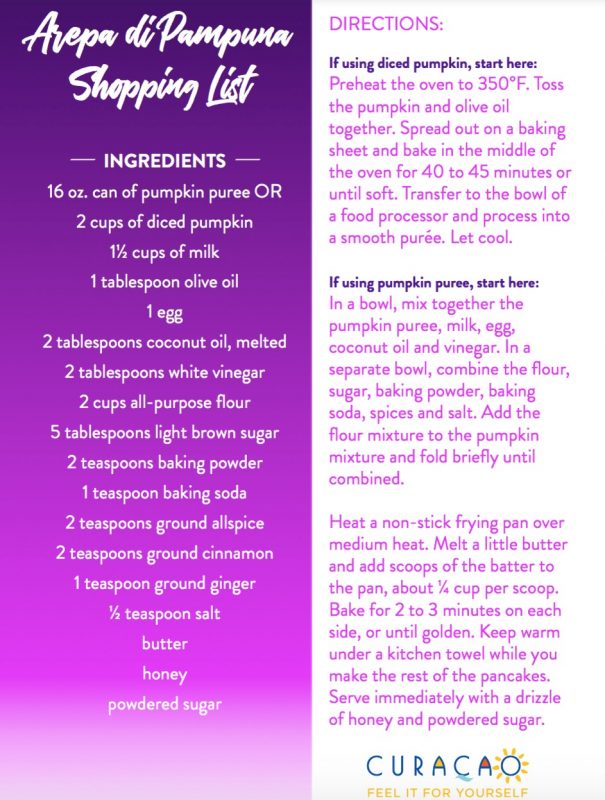 For more on the destination, read our recent story Curaçao is calling now.

Meliá Hotels International reopens properties throughout Mexico and the Caribbean