Those wondering how the sugar in their mojitos came to be while vacationing in Cuba need only visit the Remedios-area Museo De Agroindustria Azucarera to find the answer.

The one-time sugar mill now serves as a museum telling of how sugar cane is processed into sugar and in doing so provides insights into Cuba’s past.

The attraction was once one of around 100 sugar mills in a country where sugar, molasses and rum — all sugar cane derivatives — have served as mainstays of the economy.

Those visiting the sprawling Museo De Agroindustria Azucarera will see now-silent machinery once used to create sugar, with local guide Ariel Diaz stating that, “This is what a sugar mill looks like today.”

“It (sugar) shaped the whole country,” adds Nieves Ricardo of the Cuba Tourist Board, who recently visited the attraction.

Also found in the museum is a thatched-roof bar that serves Cuban rum-based drinks, while inviting visitors to sit in chairs fashioned from oak barrels once used to age rum.

The region produces different rum brands, including Mulata, which is aged near the museum. 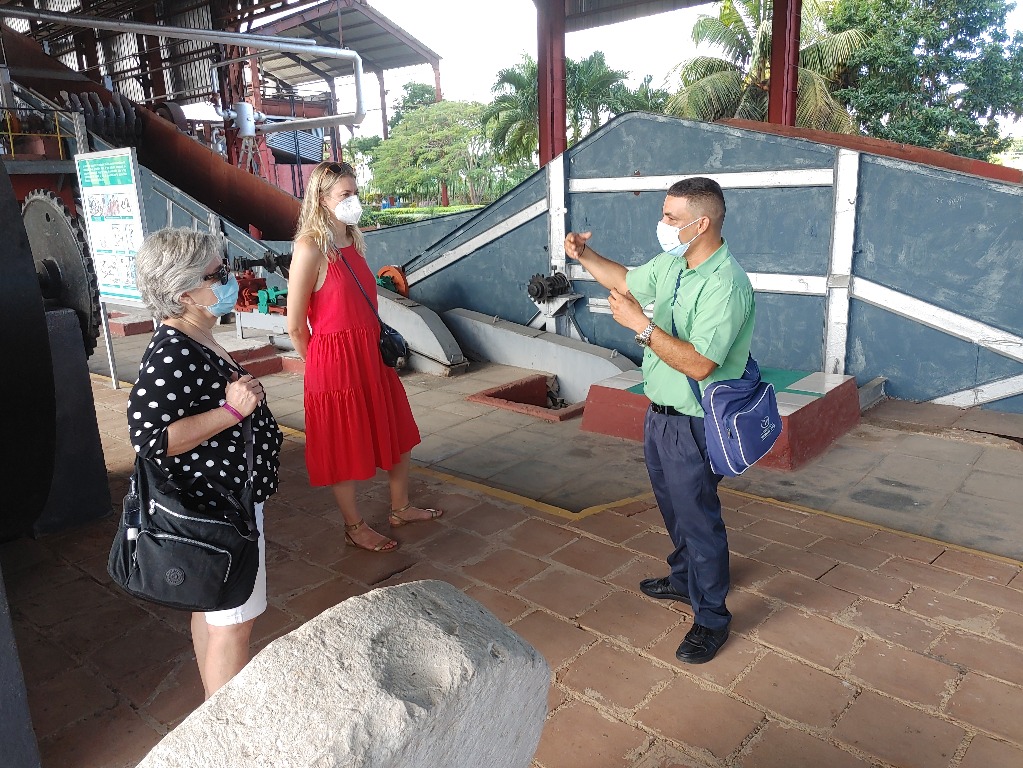 Diaz notes that Cuban cocktails have long had a worldwide following, including during the Prohibition era in the United States, when thirsty Americans flocked to Havana bars in search of rum-based drinks.

“Cuba was a paradise for those who liked rum,” he says.

Diaz can lead people on a tour showcasing, sugar, rum and cigars.

Meanwhile, Remedios long ago proved worthy of its name.

The name of the eighth oldest city in Cuba translates as Remedies, fitting since the city — which dates back to the early 16th century — was relocated inland as a solution for protecting it from the pirates who once prowled nearby Caribbean waters.

And tour guide  Diaz says Remedios — which celebrated its 500th anniversary several years ago — has no shortage of historical attractions, among them St. John the Baptist Church, a Baroque structure that has a Moorish-style roof made with wood from a boat.

Colonial architecture can be seen throughout Remedios’ downtown area, including its El Louvre bar, reportedly Cuba’s oldest continuously running bar outside Havana and the name of which recalls the French influence in Cuba.

These agents are using marketing to change the narrative about travel