Cuban catamaran sailings a showcase for dance skills and rum

Travellers can dance to the music

Will Ivan Capdevila be miffed that I wrote this?

Quite possibly, yes, since I disproved his assurance to the catamaran passengers sailing with him in the waters off Cuba’s north coast in May.

A song whose lyrics repeatedly stated “sexy lady” was played as different passengers gave it their best shot.

Passengers who book one of the catamaran cruises are served rum and other drinks while sailing in the crystal-clear water off Cayo Blanco.

They’re also able to jump in that water at times, with snorkeling available.

A visit to Cayo Blanco also includes a buffet lunch.

And passengers will also be given a chance to demonstrate possibly nimble dance footwork while the  catamaran staff look on. (“I’m a little bit very good” Capdevila confides of his own salsa skills.)

And they may also be able to try some pole dancing, dancing that Capdevila believes will remain known only to those who were on one of the cruises.

Pour some on the floor: Cuban rum tradition lives on 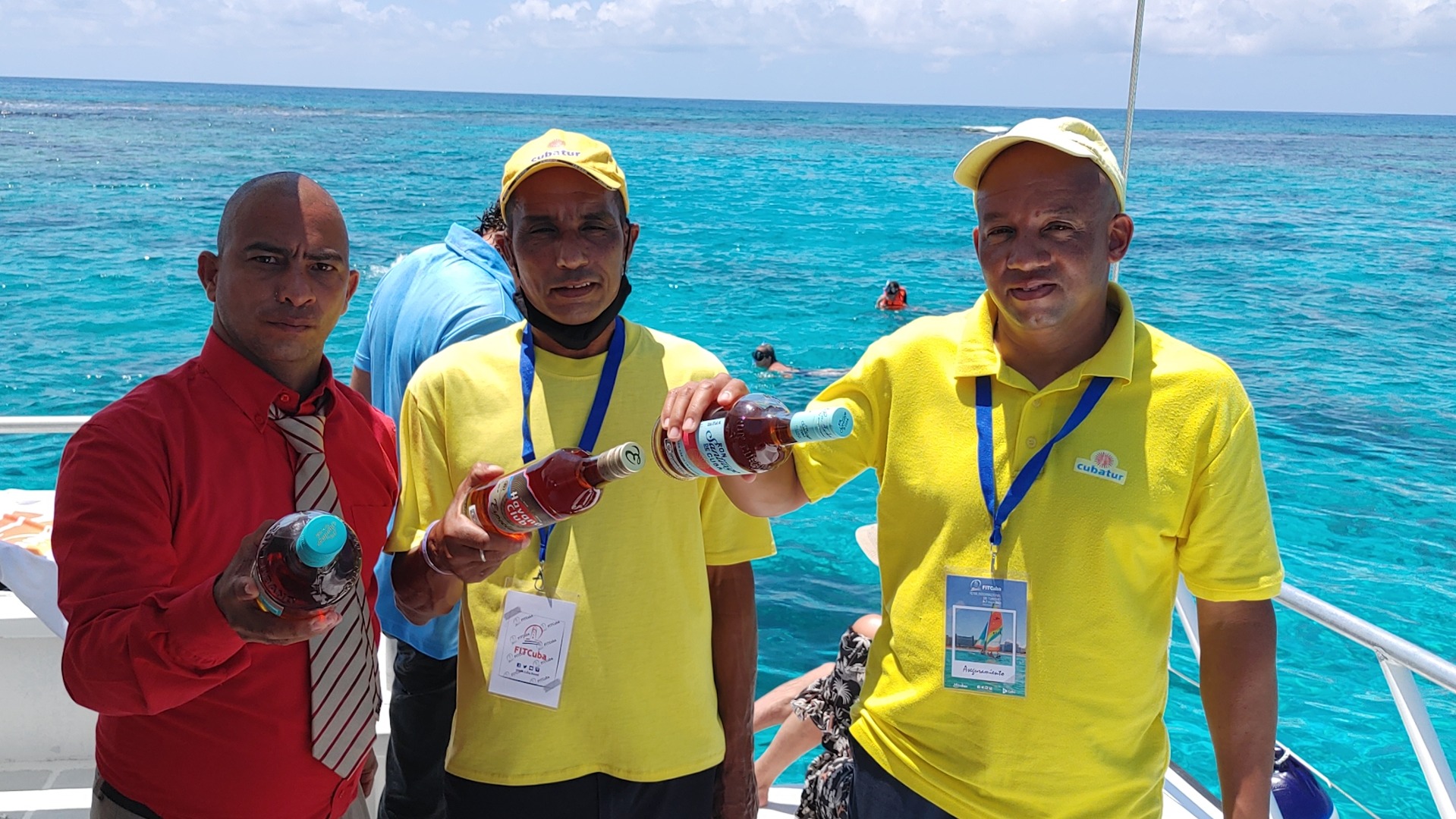 First the floor, then the drinking cups…

Bartenders on Cuban watersports company Marlin’s Seafari Cayo Blanco catamaran pour a small amount of rum on the vessel’s deck after cracking open a bottle before serving the rum to passengers, with area tour guide Delvis Galan saying the tradition has a long history in Cuba.

Pouring a small amount on the floor amounts to asking the saints for good luck in Cuban lore.

“It’s just a little, little bit,” Galan says of the first rum to leave the bottle. “I don’t want to lose my rum.”

Among Seafari Cayo Blanco crew members is Alain Magdaley,  who’s studying to be a rum-master and flatly states that Cuban rum is the world’s best.

Magdaley happily shares his insights on rum with passengers.

And Galan adds that those who don’t follow the practice of initially pouring some of the rum in a newly opened bottle may end up regretting it.

“Sometimes you forget and the bottle breaks. The saints were angry,” he suggests.

Yucatan is a showcase for Mexico's long past