An interview with Céline Cousteau

Get to know Céline Cousteau

The humanitarian, filmmaker, adventurer, environmentalist and TreadRight’s ‘Planet’ Ambassador talks to Travel Courier about the value of travel agents, not having a bucket list, coping during the pandemic and carrying on her family’s legacy of conservation and sustainability efforts.

Growing up in a family of renowned oceanographic explorers, environmentalists and filmmakers, travel and conservationism was a natural part of Céline Cousteau’s upbringing.

After studying psychology and intercultural relations for her Bachelor and Master’s degrees, an internship in Costa Rica helped sow the seeds for it to take over her profession as well.

“I started working as a tour guide and seeing the relationship people had with cultures and with the environment when they travelled and the opportunities that were offered to them, which for me had been natural and I had taken maybe for granted,” she told Travel Courier. “I started working with my father during the same era. I started working with him on a series of documentaries for American television and all of the pieces of the puzzle started falling into place. So, it was really a series of years as opposed to an event that had me shift. Travel had always been a part of my family’s life. Nature had been, obviously, an integral part of our lives — it’s the stories that we told. And then it became a more professional part of mine in my late 20s, early 30s.”

And that stint in Costa Rica? It got prolonged from three months to three years.

Although she’s now focused on connecting people and the environment as a filmmaker, explorer and spokesperson, including in her role as TreadRight’s ‘Planet’ Ambassador, Cousteau says studying psychology still impacts what she does today.

“I feel the study of the human mind and human behaviour just helps us better understand the people that we interact with, whether it’s across cultures or across beliefs,” she says. “Being able to empathize with a person who is in front of you and also being able to understand that when you start having a conversation with someone they are coming in with their life full of experiences and traumas and so I think psychology really helps to be able to navigate those relationships and those discussions and being perhaps a little bit more sensitive to the other person.”

Her career has led her to embark on expeditions to track the grey whale migration from Mexico to Alaska, research shark species in Australia’s Great Barrier Reef, and to share stories about indigenous cultures from the Amazon Rainforest in Brazil. 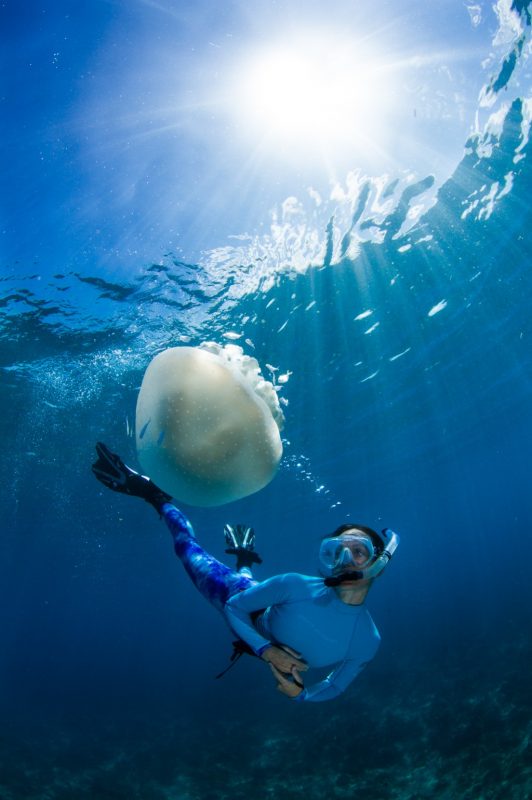 As for adjusting to the realities of social distancing and not travelling, she says she’s surprisingly doing okay with it.

“A lot of my friends thought I’d be going a little nuts now. I actually think it’s delightful. I don’t think that the reason for it is delightful but being home has its beauty,” she says. “I’m talking to you right now and I’m looking out the window at the Mediterranean Ocean. People from the world over travel to France as the No. 1 destination, and I’m here, so my backyard is pretty amazing. I’m thankful that I have this place to come back to in lockdown because it is a privilege to have a home and a garden, to be able to walk outside and be able to smell the ocean air. The little things make a huge difference. Typically my father, brother and I are always criss-crossing the planet. And right now I know where I can call them — it’s kind of cool.”

When it comes to travelling, she says she’s influenced by the stories of others and her work schedule when deciding where to go next.

“I’m not one to have a bucket list,” she says. “I get swept up into stories a lot of the time based on people I meet who say ‘you really should explore this part of the world’ or because of the work that I do, I end up going and spending six weeks in Madagascar, which was never on my list but now I’m in love with a new country. I don’t like the expression but it really is going with the flow of my work and other people’s beautiful stories of cultures and places.”

Although she’s often asked about where she wants to go when this is over, she says she still doesn’t have a bucket list, but she’s curious about a lot of places.

“I was supposed to go to Ireland this month for the TreadRight Foundation, I was really looking forward to it so all of a sudden it’s like I’m supposed to go to Ireland, and I was supposed to go to Scotland too, so maybe I have my little eyeball set on those right now,” she says. “I return a lot to places. I return to Brazil quite a bit because I do a lot of work with Indigenous tribes in the Brazilian Amazon so I’ve been there quite a lot. I return to Peru and Chile quite a bit because of documentary filmmaking. Asia and SouthEast Asia are not a region of the world I’m very familiar with and I feel like I’ve only scratched the surface of Africa with a few countries.”

Beyond offsetting carbon footprints, avoiding single use plastics and bringing refillable and bamboo products along for trips, she says there are other ways for travellers to be more sustainable.

“I feel like if everyone is looking ahead and looking forward, which I am sure they are, to where they will travel to next, hopefully this time we will have given them an opportunity to think about why am I travelling there? What can I do to give back? What companies am I going to travel with? How do I travel sustainably?” she says. “Paying fair cost for local artisans, I really believe in that. I think that haggling, obviously it’s cultural in some places, but also fair cost is fair cost. Giving back to the countries that you are travelling to. I think of Madagascar off the top of my head because it’s the most recent far off place [that I’ve been to] — there’s a lot of need in a country like that. If you are travelling and you can give back to a local organization, a non profit organization, then I would suggest you do that if you can’t volunteer your time.”

Although travel has come to an international standstill, she sees travel agents as playing a critical role in the tourism industry.

“People dream of travel, they dream of their holidays, it’s a big deal for a lot of people, especially people who have tight budgets and they go on their one trip a year, to never under estimate the kind of experience that travel agents can help them create,” she says. “I think travel agents play a really important role in kind of being a bit of a therapist, you’re a life coach in that moment. Somebody is looking for something transformational — travel agents can play a really important role in advising people towards something more meaningful, something that gives back to local cultures, something that is more sustainable, so I would say they play a critical role in the tourism industry.”

As TreadRight’s ‘Planet’ Ambassador, Cousteau uses her experience as a documentary filmmaker and storyteller to shed light on sustainable travel and has produced videos like the benefits of community-based tourism by visiting the Iraq Al-Amir Women’s Cooperative in Jordan or raising awareness of the perils of elephant riding with Wildlife SOS in India.

“Because of their ability and reach, and my work in story telling and in the environmental and sustainability worlds, we’re able to create a great partnership and in telling the stories of the organizations they support, what stands out to me is the work of the Iraq Al-Amir Women’s Cooperative that I got to visit in Jordan and the work of Marta Cucchia in Italy at the Laboratorio Giuditta Brozzetti,” she says.

“I get really attached to people. What an organization does obviously matters but if I meet the person who is heading the project who is on the ground or who has the need, that’s when it really makes it personal for me. I had the opportunity also to visit South Africa and the projects that TreadRight is supporting there with Bushmans Kloof and protecting the art, the cave paintings, which are absolutely stunning. Wildlife SOS in India is another one I was able to visit and meet the people who have founded the work.”

Overall, she says travellers have the opportunity to travel more sustainably when they visit destinations around the world.

“In all matters, being respectful when you enter somebody’s home, somebody’s country, it matters, I think all that is part of sustainability and humanity,” she says. “If you are going somewhere, utilize the time to find out what people are about, find out what the place is about, the customs. It’s not just about going to a restaurant and having gourmet food, it’s about meeting the people who make the food in little mom and pop shops, and understanding how they fit into your life, and how that changes how you see yourself and how you can better yourself through those experiences.”

She says those who embark on TTC trips can also feel good knowing it is also doing some good.

“TreadRight doesn’t take donations from travellers, the foundation is fully funded through The Travel Corporation — their brands are the ones who uphold the foundation — but it’s because of the travellers that we’re able to do that,” she says. 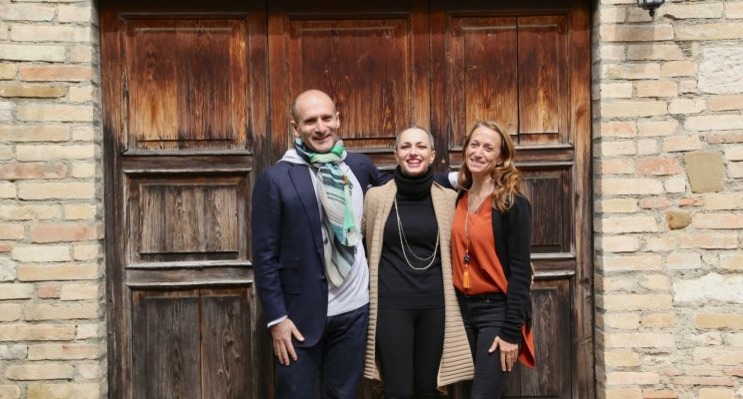 A passion for compassion during pandemic