Colombia promotes its natural side

Alvaro Concha is seeking people who want to indulge in a little monkey business.

And also spot a host of other mammals, birds and reptiles at the same time.

Concha, who heads the Canadian operation of Colombian tourism board ProColombia, told a Feb. 25 panel discussion that Colombia — which has different types of terrain, including Amazon basin home to different primates — is certain to appeal to nature enthusiasts.

“Roughly the size of Ontario, Colombia is the second most biodiverse country in the world, ranking first in bird and orchid diversity; second in amphibians, butterflies and plants; and third in reptiles and palm trees; and the list goes on and on,” Concha said during a panel discussion on sustainability, part of the Annual Colombia Tourism Forum, which promotes Colombia in this country and was done virtually this year.

Concha said his homeland is also among the world’s 15 countries that have the greatest amount of forested terrain.

Concha also praised the South American country’s cultural side, noting it has over 250 museums and nine UNESCO World Heritage Sites.

But Concha added that growing tourism must be done in a careful manner, benefiting hosting communities and their surrounding environments.

“Let’s be clear — this increase in tourism comes also with a challenge — making sure it leaves a positive impact on the destination and it contributes to the preservation of the diversity I have just mentioned,” he continued.

“We believe tourism can transform both travellers ad the receiving communities. But this must be done… responsibly and sustainably.”

An example of the inroads Colombia is making within the sustainable tourism market was underscored by U.S.-based Tourism Cares — which promotes meaningful travel and has around 160 members, mostly tour operators — having chosen the Colombian city of Medellin for one of its conferences, and Tourism Cares president Paula Vlamings telling the discussion her organization was “very impressed by Colombia’s commitment to sustainability.” 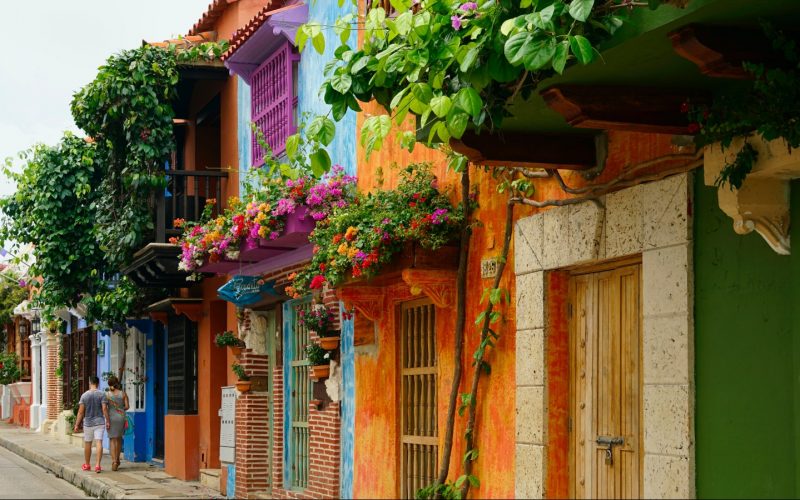 An earlier panel discussion saw representatives of different airlines that have been carrying people between this country and Colombia reiterate their faith in the future of Colombia’s tourism trade, even while the coronavirus pandemic puts a huge damper on international travel.

“The market is there. The demand is there. We will come back,” Air Canada’s Daniella Mauro told viewers.

Air Canada began Montreal-Bogota service in January but has suspended that route along with its Toronto-Bogota route into April.

Mauro said her carrier is also weighing adding the coastal city of Cartagena, a popular tourist retreat, to its network.

Laura Marin, Canadian sales manager for Panama’s Copa Airlines, noted that that that airline is linking Montreal and Toronto with Panama City, from which it flies to numerous Colombian cities.

Government restrictions aimed at discouraging travel have dramatically curtailed international travel but Marin said her airline remains an option for those needing to get to Latin America. “Those passengers who need to travel can definitely do so with Copa Airlines.”

“Is there pent-up demand? Yes. Will it come back immediately? I don’t think that will happen. I think (rebuilding) confidence will take some time,” she said.

Marin in turn said her airline is now serving over 50 destinations, offering what she described as “very competitive prices.”

She added that Copa, aware that many are uneasy about travel these days, has flexible ticketing, offering up to three possible changes that can include refunds for ticket holders who suddenly decide they want to stay home.

Yoga can be an (underwater) class act in Grenada

Have vaccine, will travel: Canadians are keen on sunny escapes