Bookworms visiting Quebec City’s Morrin Cultural Centre can find a home for such English language literary classics as A Tale of Two Cities while also learning the story of one city with a long-standing English community that has become less visible over the years but which remains culturally active as the centre itself clearly demonstrates.

The centre, housed in a National Historic Site, serves as a cultural centre for the English community in Quebec’s capital, the latest reincarnation of a structure that dates back centuries and has alternately served as a military barracks and a prison.

“The centre’s mission is to provide Quebec City’s English- and French-speaking public with rich, engaging programming in the areas of heritage interpretation, education, and the arts,” says the centre’s Stefanie Johnston. “Building upon our site’s history and key institutions, such as the English-language library, our programming aims to showcase Quebec City’s unique English and French heritage, develop enhanced educational opportunities, and act as a springboard for artistic creativity. The Morrin Centre seeks to bring the city’s linguistic communities together, envisioning our future by better understanding our common past and shared experiences.”

The actual structure dates back to 1712, when it was called the Royal Redoubt and among other things housed soldiers. From 1812 to 1867 it was the Quebec City Common Gaol, being one of the first two prisons in this country to adopt the philosophy of British prison reformer John Howard.

It then became Morrin College, named after Joseph Morrin, a native of Scotland who became mayor of Quebec City at one point, and was then ultimately reborn as the cultural centre. 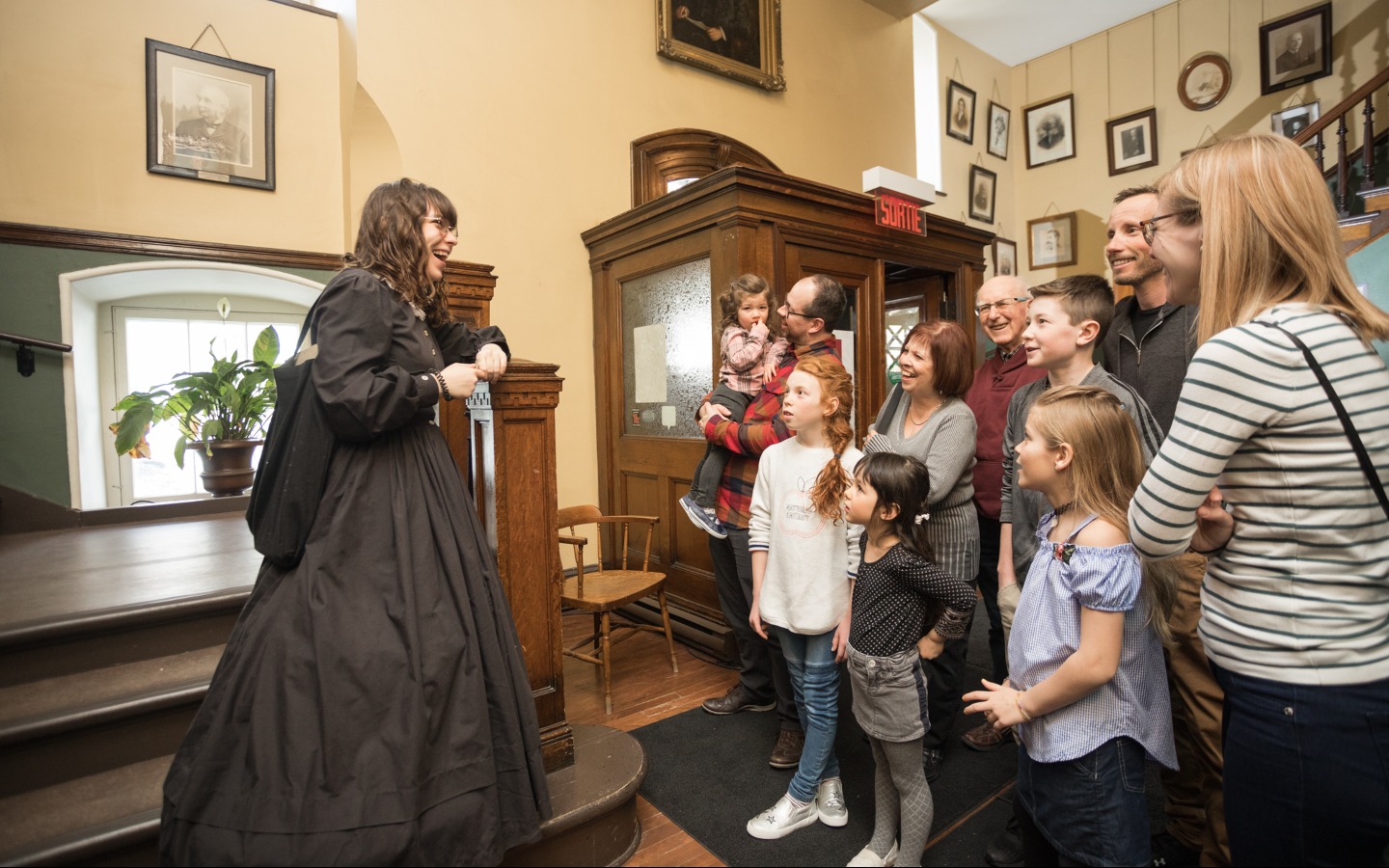 Among other things the centre is home to a library that dates back to 1868 and has 27,000 books, including ones by such literary stalwarts from years gone by as Charles Dickens and William Shakespeare, and contemporary authors like Margaret Atwood and Harry Potter creator J.K. Rowling.

“Our cultural activities are very valuable, not only to our members, but to people from the City of Quebec and the population of the province,” Johnston says of offerings available in this country’s largest Francophone city. “Building upon our site’s history and key institutions, such as the English-language library, our programming aims to showcase Quebec City’s unique English and French heritage, develop enhanced educational opportunities, and act as a springboard for artistic creativity. The Morrin Centre seeks to bring the city’s linguistic communities together, envisioning our future by better understanding our common past and shared experiences.

“We offer activities such as Imagination, our Writers’ Festival held once a year in April with past authors such as Patrick DeWitt (The Sisters Brothers), Emma Donoghue (The Room), and many more; children’s programming; history lectures; jazz and music series; not to mention our new immersive tour: The Hanging of William Pounden and so much more!

“As a national historic site, the Morrin Cultural Centre, among the other national historic sites, allows us to learn more about Canadian history, including the different cultural communities who make up the culture and history of our beautiful country, Canada! The Morrin Cultural Centre is a true gem for the English community of Quebec City as well as any history lover, architecture lover not to mention book lover!”

The centre’s history is also intertwined with the Literary & Historical Society of Quebec, which manages the Morrin Centre, and was the “first learned society in Canada.” It was  founded in 1824 by George Ramsay, the Earl of Dalhousie. “The society settled into the college (library) in 1868 and shared the spaces with the Morrin College,” Johnston states.

The society played a part in creating public institutions that would later take over many of its traditional roles. For instance, it fostered the foundation of the Public Archives of Canada (today’s Library and Archives Canada) in 1872.

Johnston, originally from Quebec’s Eastern Townships but who has lived in Quebec City since 2006, says the French ambiance immediately comes to mind when people think of Quebec City but notes the English community has a long history there, reaching around 40% of the population in the 1860s. That community has dwindled noticeably over the years, now accounting for around 1.9% of Quebec City residents.

Johnston believes the decline has stabilized and is confident Quebec’s capital will always host both an English community and a showcase for that community’s past.

“I do expect the English community to always exist in Quebec City,” she states. “This city is beautiful and interesting. There is so much history and so many little streets to explore, not to mention so many different cafés, boutiques and new friends to make. I met my fiancé here (an English-speaking Montrealer back in 2013)!  The centre will always be here serving tourists, members and city dwellers alike!”