An inside look at Planet Hollywood Cancun

Should those visiting Planet Hollywood Cancun bring along an autograph book?

Well, movie buffs might consider doing so, considering they could come across a man sporting a nametag reading John Wick, the name of a popular flick and also that movie’s title character.

In reality, all staff at the movie-themed resort — which opened in January in Cancun-area Costa Mujeres and comes under the Sunwing umbrella — sport tags identifying their favourite movie, with the affable Ignacio “Nacho” Sotelo choosing Keanu Reeves’ John Wick, a choice he says resonates with guests.

“They identify with the movie,” he says. “Everybody knows John Wick.”

The upscale resort uses the hashtag #VacationLikeAStar, with general manager Jonathan Iriarte saying his property indeed wants guests to feel like they’re someone special the moment they arrive. Guests entering the lobby are immediately greeted by applause from lobby staff and some will find employees sporting the likes of Batman or Spiderman costumes welcoming them as well. As many as 12 costumed characters may be found around the resort at any given time. 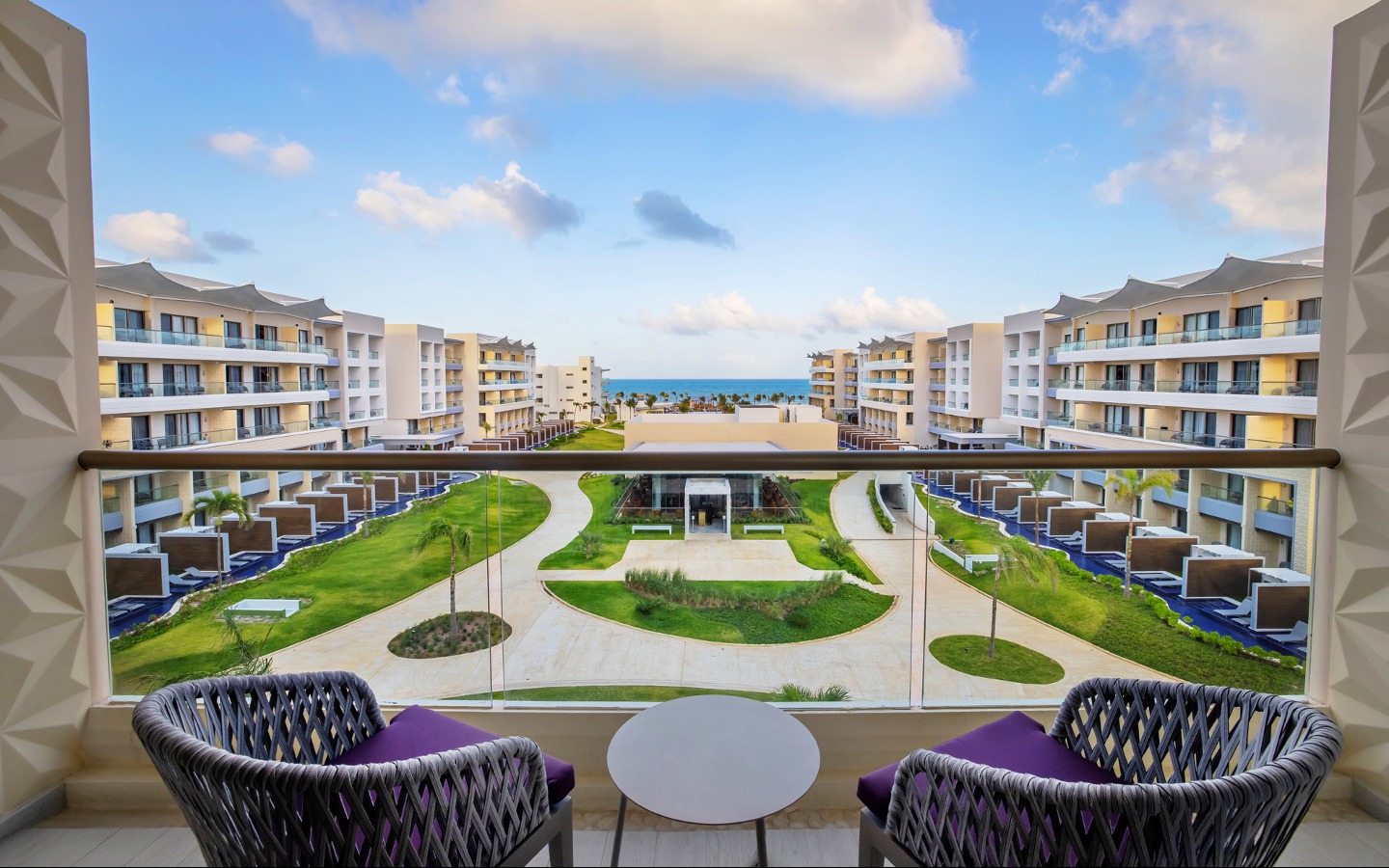 Other big screen-related touches include guest units that may have chairs reading Director or Actor and lights that resemble those used to illuminate movie sets, while a lobby bar’s entrances sport a reel of film decor.

Outdoor venue The Walk of Fame is used for posing for pictures in a location located in front of stars embedded immediately before the gathering spot, recalling the Walk of Fame in Hollywood.

The resort has a theatre that shows children’s movies during the day, and movies more geared for adults at night and serves popcorn.

“Planet Hollywood is the only brand that brings a sense of Hollywood to Cancun,” says Iriarte. “You can’t find it anywhere else. 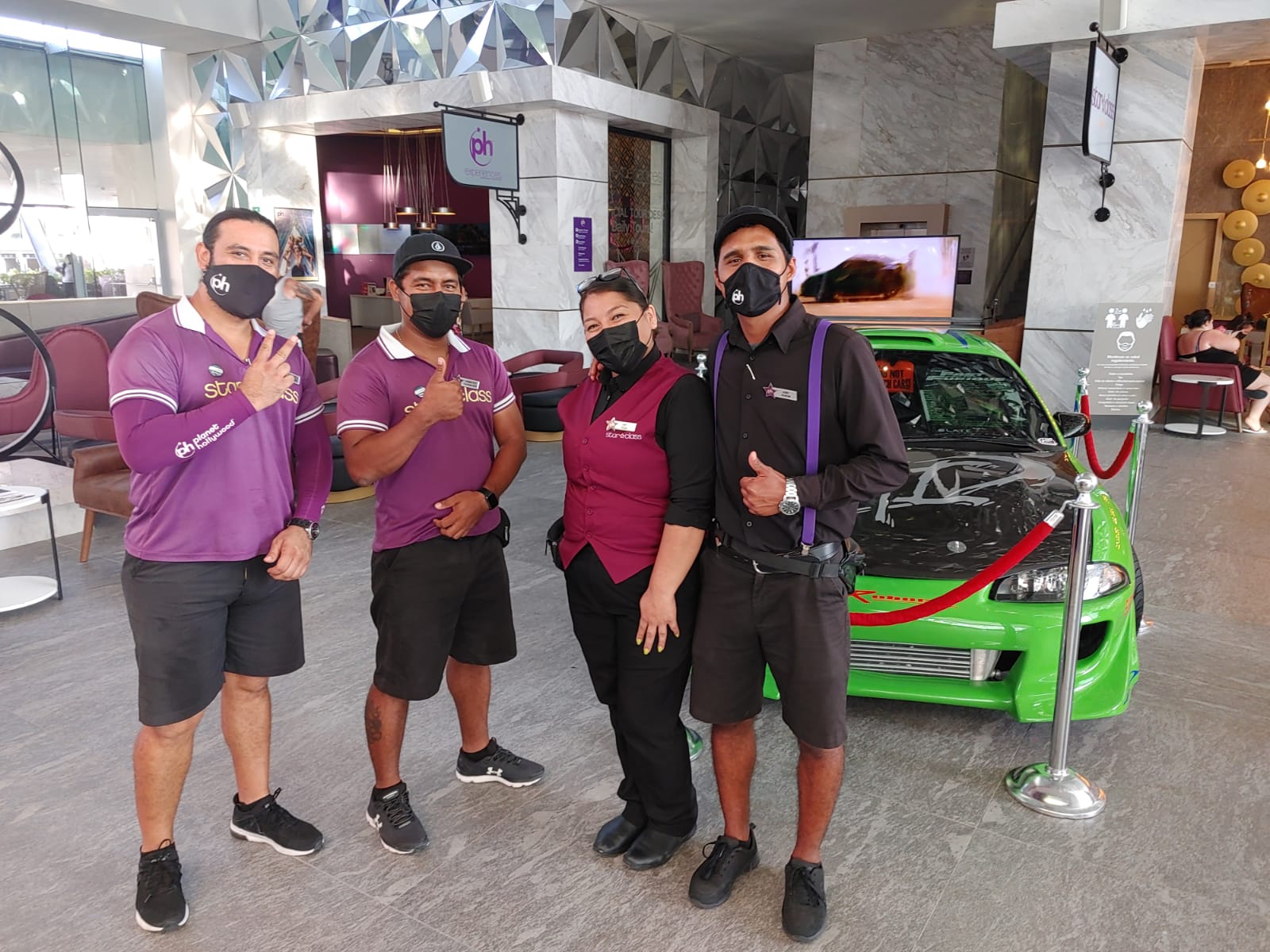 The 20-acre resort — which cost US$270 million — has 1,028 rooms, 380 in Planet Hollywood Cancun Adult Scene and the other 648 in the family section, and Iriarte reports it’s quickly building a following, with November predictions of 70% occupancy raised to 80% earlier this month. “The acceptance of the brand is pretty amazing.”

“It’s part of the concept that makes you feel like you’re in Hollywood,” Andres Palacios, the resort’s marketing manager, says of the many entertainment industry reminders, such as a lobby replica of the vehicle made famous by The Fast and The Furious. 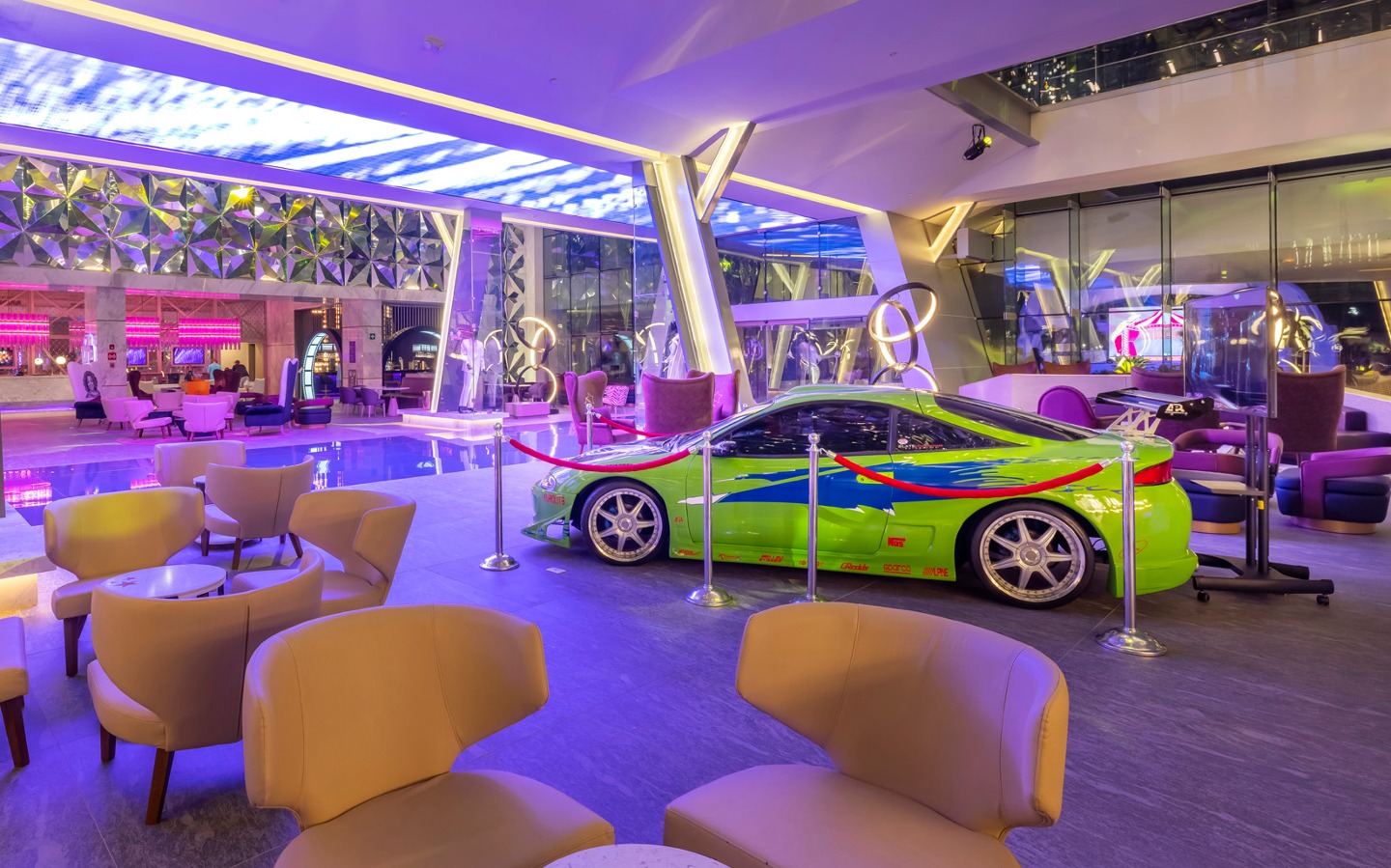 “Planet Hollywood Cancun offers an entertainment-themed concept with fun for all ages,” says Melanie Filipp, Sunwing’s director of corporate communications. “Travellers can enjoy a range of water activities, from the FlowRider surf simulator to a lazy river and splash park, and they can indulge in a world of flavours at the resort’s restaurants, including two exclusive to Adult Scene, the adults-only section and the first resort-within-a-resort concept for the PH brand. Plus, all guests can enjoy A-lister amenities with spacious, luxurious suites and Hollywood memorabilia throughout the resort.

“At Sunwing we’re thrilled to offer all inclusive vacation packages to this celeb-worthy resort located in picturesque Costa Mujeres, which is away from the hustle and bustle of downtown Cancun. We’re also committed to making the travel experience seamless for agents and customers, and helping Canadians return to travel with confidence this winter season. Not only do we take care of everything, from the flights on board Sunwing Airlines to round-trip airport transfers and the resort stay, with destination support from Sunwing Experiences representatives, we’re providing agents and customers with all the travel information they need right at their fingertips. This includes on-site PCR testing listed on hotel detail pages on Sunwing.ca, along with information on Easy Entry destinations like Mexico, which don’t require any inbound testing. Plus, we’re offering greater flexibility with zero change fees up to seven days prior to departure and free COVID-19 emergency medical coverage on applicable packages. Just book and enjoy while we take care of the rest!”

There are five pools (including one exclusive to Adult Scene) and visitors will find a splash park, lazy river and FlowRider.

The resort also has a spa and a fitness centre.

The convention centre has rooms named after actors, among them Harrison Ford. 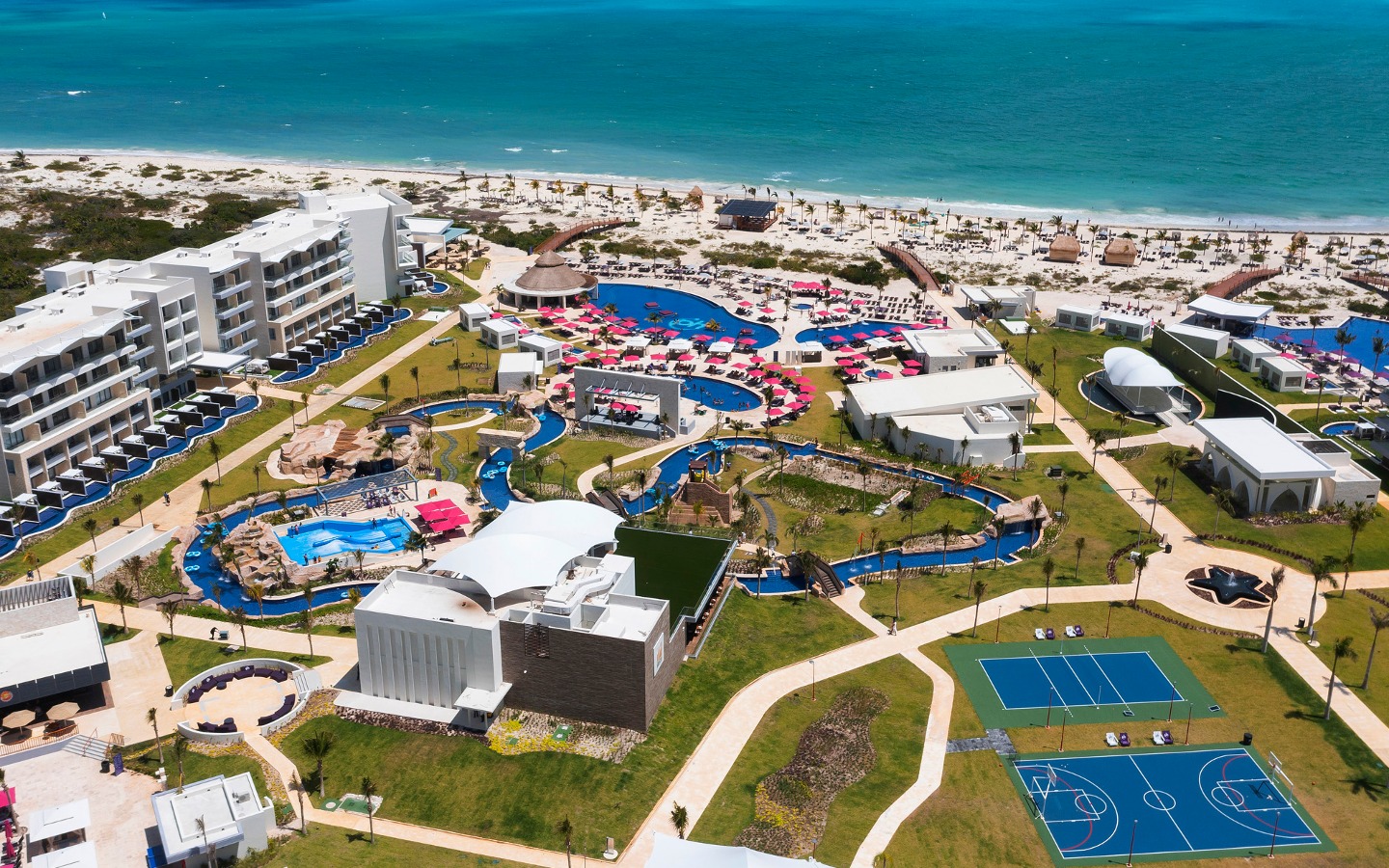 Branded merchandise is available in a store.

Iriarte says Costa Mujeres provides a relaxing retreat, with only a handful of hotels in the area, a contrast to Cancun’s hotel zone, which he says is “always pretty crowded.”

Meanwhile, guests won’t be the only ones who appreciate the entertainment-themed resort, with employee Victor Hugo (so named because his mother enjoyed reading and was inspired by the French novelist of the same name), chose Mad Max as his favourite flick, declaring that he’s “in heaven” because of his workplace.

Bartender Jesus Avilez — who reports that American Gangster is his movie of choice – says he too is in his element at the resort. “I really like them,” he says of movies, while working in the lobby bar, the walls of which sport posters of famous movies.

And back to Ignacio Sotelo, who reports that guests tell him they love the John Wick movie and a couple of guests have jokingly asked him for an autograph.

“I said, ‘Sure. Why not?” says the obliging Sotelo.