Canal has been ‘uniting the world’ for over a century

Miraflores Visitor Centre showcases the story behind the Panama Canal

Dazzell Marshall is more than happy to brief curious tourists on the past, present and future of a hugely important shortcut.

Marshall is among the guides at a Panama Canal visitors centre found near Panama City, with the center in pre-pandemic days attracting around 2,000 visitors a day eager to learn about one of the world’s great engineering feats.

The knowledgeable Marshall is an endless source of information about the canal, recalling how a waterway linking the Pacific Ocean and the Caribbean was first suggested by a Spanish monarch as a way of enabling the Spanish to ship gold by boat all the way from the likes of coastal Peru to Spain, eliminating the need to carry it over land to Caribbean waters.

Marshall also recounts a 19th-century effort by the French to build a canal, with that project failing because of inadequate financing and tropical diseases. Thousands of workers died before the French threw in the towel.

Panamanian independence followed in 1903, with the newly independent country then entering talks with the United States about building a canal that would end the need for ships sailing between the Pacific and the Atlantic to circumvent  South America. The canal was completed in 1914, with authorities saying it has been “uniting the world” for over a century. 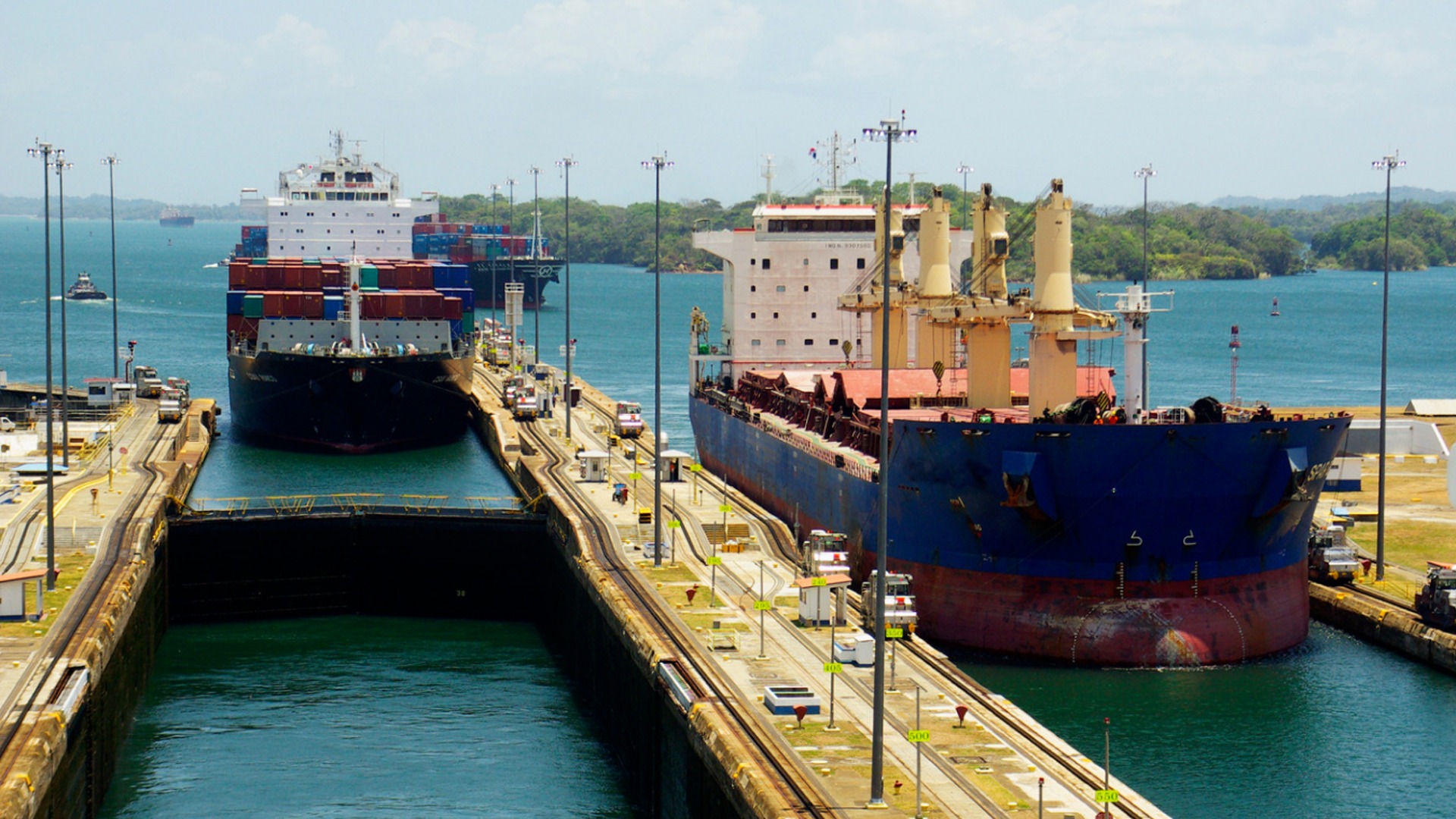 The canal was owned by the United States until 1999, when a treaty signed in 1977 gave it to Panama.

“It’s a source of pride (for Panamanians),” Marshall says, who notes the canal underwent expansion under Panamanian ownership.

Marshall cheerfully informs visitors that the canal sees about US$300 million of maintenance a year, can shave off up to 3 weeks of travel time for ships travelling between the Atlantic and Pacific, never stops operation, sees about 6% of the world’s commerce pass through it, has locks that can fill or drain within 8 to 10 minutes, and has a booking system that enables ships to choose the time and date they wish to cross it. Some ships that aren’t in a hurry to cross choose to wait up to four days before entering the waterway.

Specific times are provided for both east- and west-bound vessels.

Authorities note that the canal’s arrival didn’t mean the end of area greenery, with the Canal Hydrographic Basin being home to some 160 mammal species.

Marshall says some were sceptical when Panama assumed ownership of the canal that the smallish country would be up to the challenge of running it but the smooth operation of the past 21 years have silenced those raising concerns.

“People doubted we could handle the canal and we have done great,” he proudly states.

Trip Support aims to make travel affordable for all