The story so far: Please, sir… can we have a plan?

As Travel Courier headed to press, the Canadian travel and tourism industry was still treading water as it waited for a clear and detailed plan from the federal government on the steps the industry would need to follow in order to get back to doing what it does best – moving people from one place to another for reasons ranging from business to pleasure to visiting friends and family.

The Tourism Industry Association of Canada (TIAC) has continued its calls to get the industry started again, during a number of briefing and panel sessions that it hosted last week, saying during one session that it hoped to see the Canada-US border reopened in the next four to six weeks and calling on the federal government to deliver a reopening plan as soon as possible so tourism businesses could prepare.

And the industry association is looking for support, launching a new website at www.openuscanadaborder.ca that provides both information and the opportunity to tell your MP where you stand on reopening the border.

TIAC president and CEO, Beth Potter points out that: “As Canada and the U.S. return to normal, we must prepare to open the border quickly and safely, and restart our tourism economy.”

And during a TIAC-hosted panel session, outspoken U.S. congressman Brian Higgins told those attending that “we now have a powerful medicine against COVID… and that has to be recognized” and fully vaccinated people should be able to cross the border. 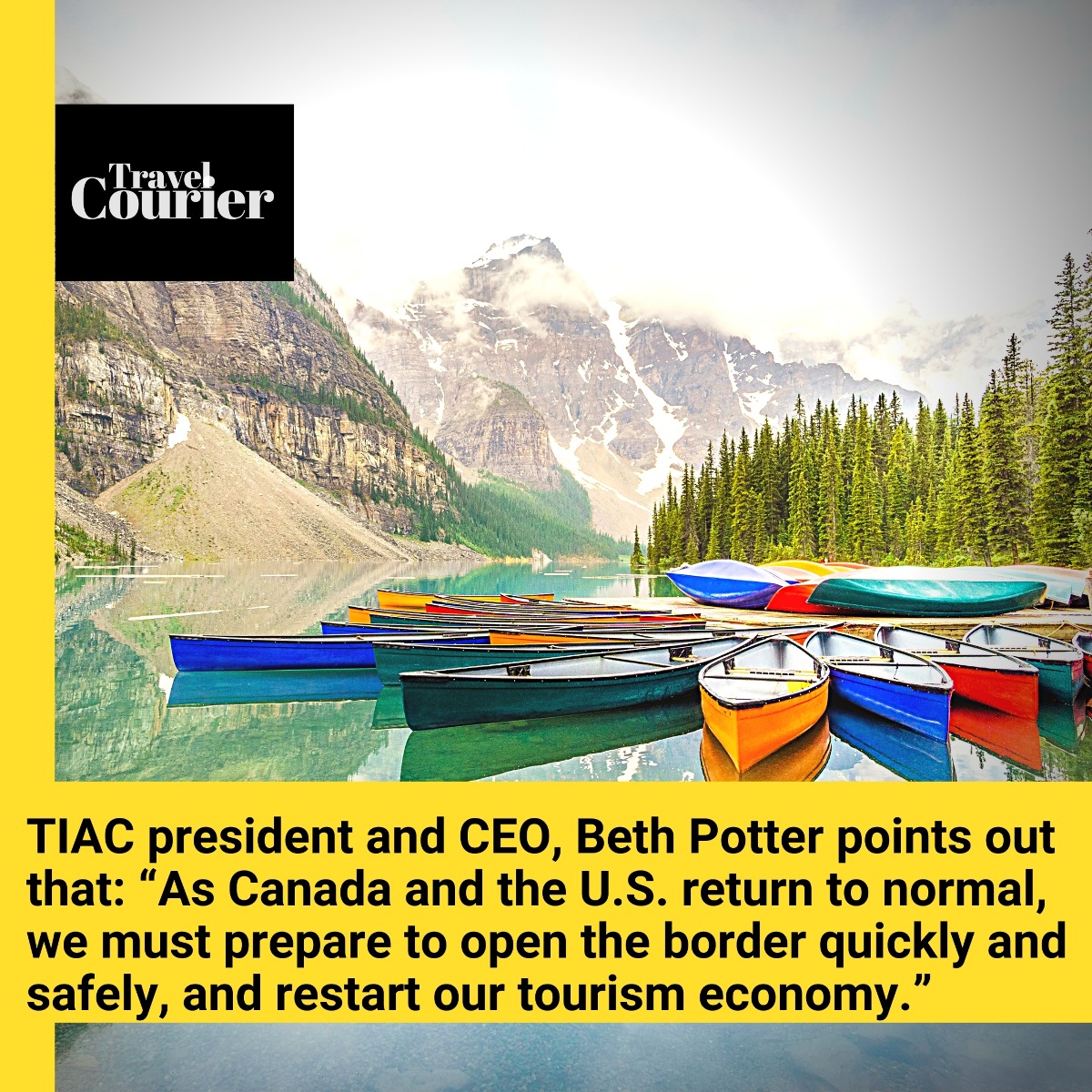 And Higgins observed on a decision on the border’s status that “my hope is wisdom… will prevail,” adding that “All of us need to get back to a semblance of normalcy.”

Bookended by the TIAC sessions was an announcement by the federal government that it was preparing to take the first tentative steps to ease certain of its strict border measures, many of which have been in place since the beginning of the global pandemic and others, like the hotel quarantine program, that were introduced in February of this year.

Headlining the announcement was news that fully vaccinated Canadians returning to Canada would soon be able to bypass the hotel quarantine requirement, although they’d still be required to take a test before arrival as well as on arrival and self-isolate at home until they were advised that their arrival test showed a negative result.

Minister of Health, Patty Hajdu indicated that this change could be in place as early as the first week of July, and clearly aware of the industry’s needs, she also made a point of telling a briefing that the government recognized that the industry had suffered terribly and that it is “working on putting a plan in place now.”

Yet caution is clearly part of that plan, with Hajdu observing that: “We’re on a very good path… things are hopeful… but we do want to be careful and cautious on these next steps so we don’t jeopardize the recovery.”

The announcement on quarantine changes drew reaction from a number of industry groups including the National Airlines Council of Canada (NACC) which said that while this is an ‘initial step,’ the country still ‘desperately needs’ a clear restart plan for international travel, based on data and science-based recommendations put forth by the federal government’s own expert advisory panel.

However, NACC’s president and CEO, Mike McNaney said that “it falls far short of the recommendations provided by Health Canada’s Expert Advisory Panel report released on May 27.” 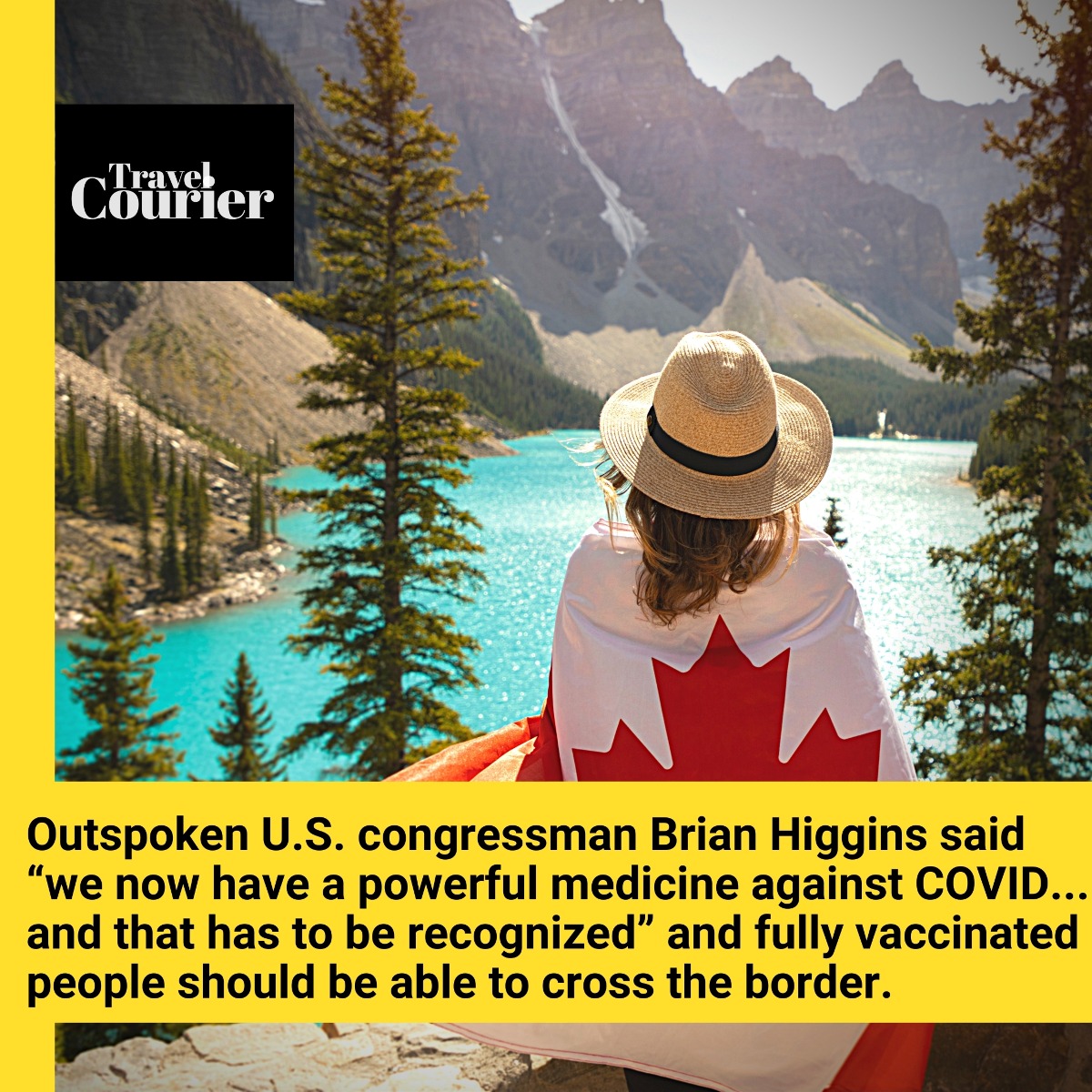 The Canadian Travel & Tourism Roundtable also weighed in, acknowledging that the government’s decision to remove the mandatory hotel quarantine requirement for fully vaccinated Canadians and reduce quarantine upon the results of an arrivals test as an important first step in the right direction but it also said that additional policy changes are needed to support the recovery of the industry.

TIAC’s Potter observed that: “With vaccinations rising and case numbers going down, we must pivot to forward-thinking policies, rooted in science, and begin looking at things like reopening the border. A holistic Canada wide plan is needed to provide certainty to Canadian businesses and employees in the sector. We are seeing provinces fill in the gaps that have been created by the absence of a federal reopening plan and this will create confusion for travellers.”

ACTA, ASTA, CATO, ATOQ, IATA, the WTTC, and others all called on the federal government for a clear reopening plan for both the Canada-US border and for the reopening of the industry.

There was also some good news in a newly released survey from the Travel Health Insurance Association of Canada (THIA) which found that 40% of Canadians believed that the government should remove travel advisories to the U.S. and reopen the border to make travel to America easier.

The same survey also reported that when those barriers have been lifted, the U.S. is the top travel destination that Canadians will be headed.