Cabo visitors can dine at sea

A Mexican destination known for seafood is also offering food on sea.

Pacific Ocean-fronting Cabo San Lucas, which has long been touting the seafood in its restaurants, is also offering upscale three-hour waterborne dining experiences that have a tony yacht carry diners in both the Pacific Ocean and bordering Sea of Cortez.

The excursions — which set sail from a local marina — among other things showcase the community’s famed rock Arch, found at the meeting point of the two water bodies.

Participants can also take in famed Los Cabos sunsets and view Lovers’ Beach and the nearby and intriguingly named Divorce Beach. 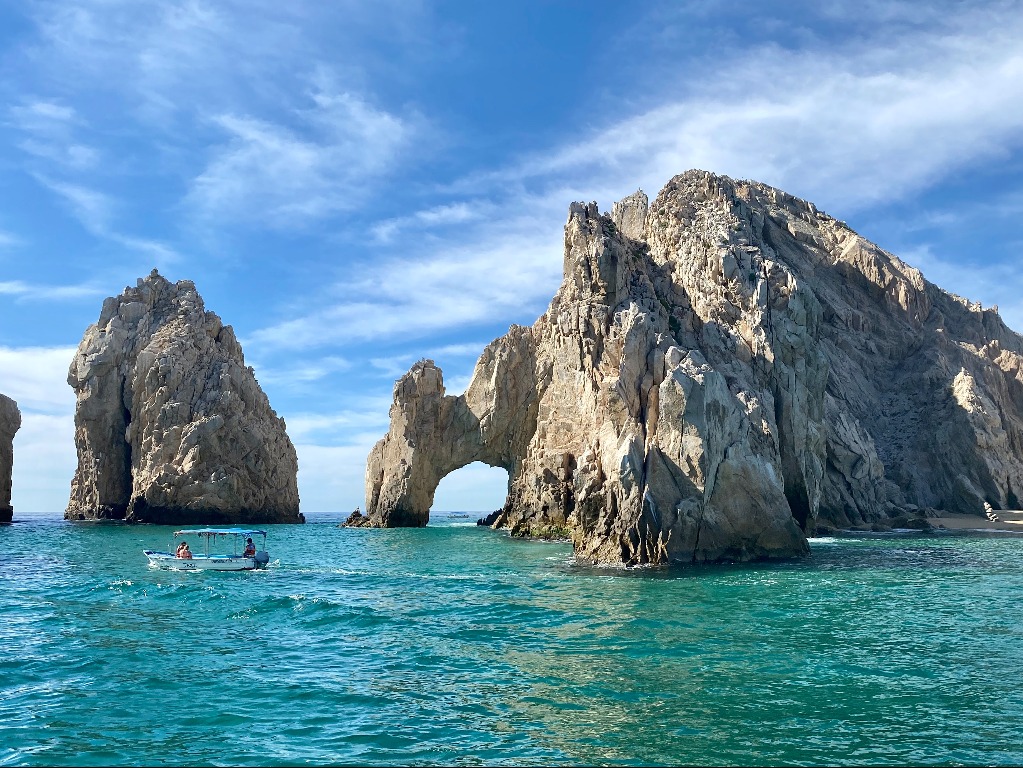 The vessel used — the Animalon by the Sea — has a kitchen and offers multi-course open-air meals. A bar is also found.

Sandra de la Garza of Los Cabos’ tourism board reports the dinner sailings are the brainchild of prominent chef Javier Plascencia, who has multiple eateries in northern Mexico (including similarly named Animalon, found in Ensenada, also in Baja Calfornia), and diners can expect “Mexican food with a contemporary flair.”

Dozens of diners can be accommodated on sailings that are available three times a week. 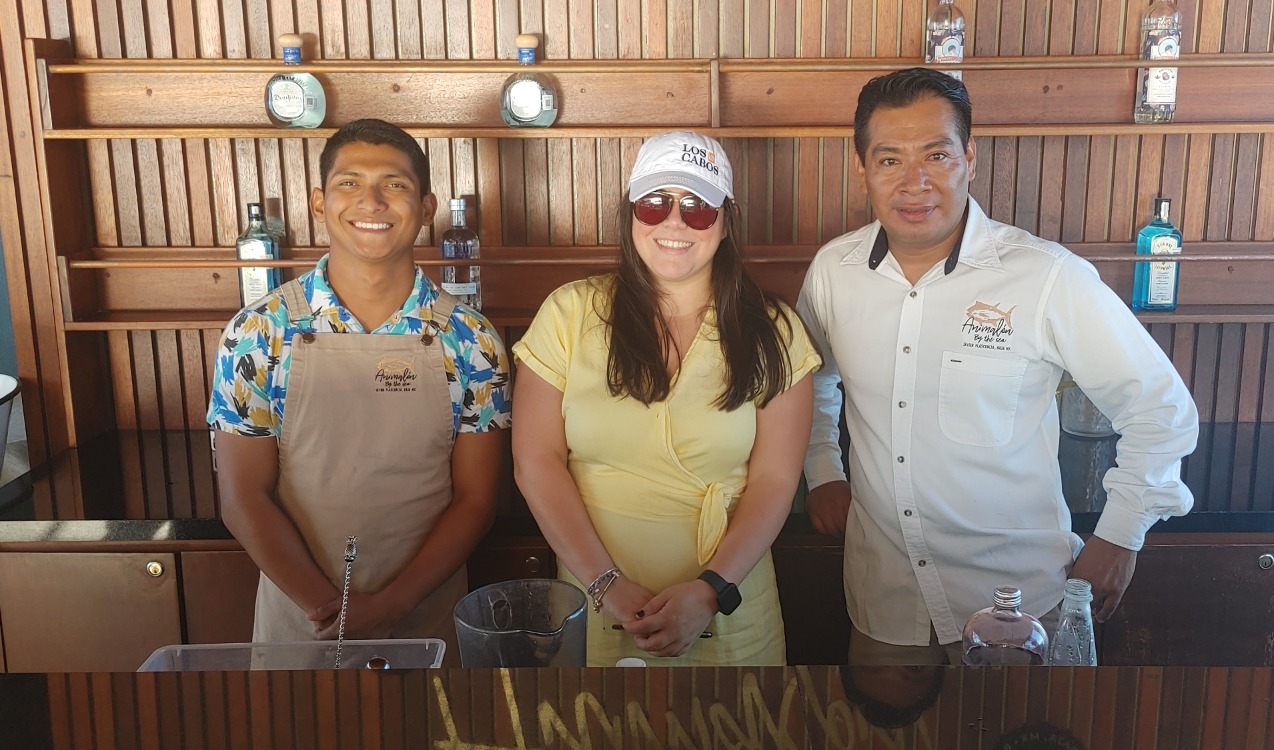 The Animalon By The Sea can also be booked for events such as weddings and romantic dinners.

Clients can also go snorkeling while the boat is temporarily anchored offshore.

“Theres no other fancy restaurant on the water,” she states.

And she adds that the Animalon By The Sea offers a very different experience than is available in Cabo San Lucas’ many land-based restaurants.

“You’re looking at Los Cabos from the sea (while eating),” she says. “How unique is that?”

In the photo: Sandra de la Garza of Los Cabos’ tourism board is seen with Amiralon By The Sea crew members Pedro Maceda and Cesar Alvarez.