Leave it to a man who frequently worked below ground to facilitate above-ground exploration for pedal pushers.

Belgium has an extensive cycling network and among those who’s credited with making the country particularly suitable for two-wheeled exploration is Hugo Bollen, who spent some 20 years working as a mining engineer in the northeastern Flanders province of Limburg, then becoming director of tourism board Tourism Limburg.

Bollen often went on bike rides with his wife, who was annoyed by constantly having to stop at intersections to consult maps.

“So Bollen sat down and poured over maps, putting his former mining engineering-and-thinking hat back on to come up with a better system to navigate the cycling,” says Marco Frank of Visit Flanders. “In essence, what he came up with is a system that numbers every single road intersection. This way, the cyclist only needs to know the number of the intersection and follow the posted signs pointing to the next intersection that is on the route the cyclist wants to travel. 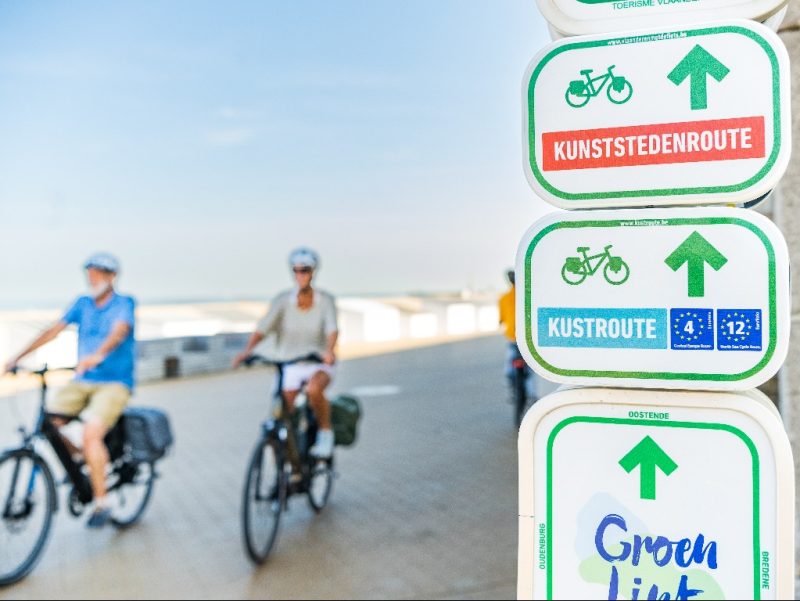 “Bollen said that his solution was not modelled after a wayfinding system in the mines where he worked. But working for over 20 years as a mining engineer certainly contributed to his expertise trying to find a better way to navigate a landscape, be it below, or in this case, above ground.

“When he designed the node network, he was no longer working as a mining engineer, but once an engineer, always an engineer.”

Frank isn’t surprised that a former mining engineer conceived the system: “Engineers are problem solvers by nature. They come up with ingenious ideas that solve problems. Interestingly, he came up with the node numbering system voluntarily. Tourism Limburg did not ask him to invent a better way to navigate the cycling network. It was purely his experience cycling with his wife and his engineering background. Interestingly, Tourism Limburg did not believe in his system initially. They thought Limburgers would not cycle by numbers. The opposite has now been proven and the rest is history.”

Frank, himself a cycling enthusiast, believes the cycling node route system is the easiest way for a cyclist to navigate a destination. Gone are the days where cyclists had to stop and pull out a map to see which turn to take, he says, adding that the “numbering system is an ingenious system that makes it easy to navigate where you want to go and allows you to concentrate on what is important, the true enjoyment of cycling vs. stopping all the time to ensure you don’t get lost.” 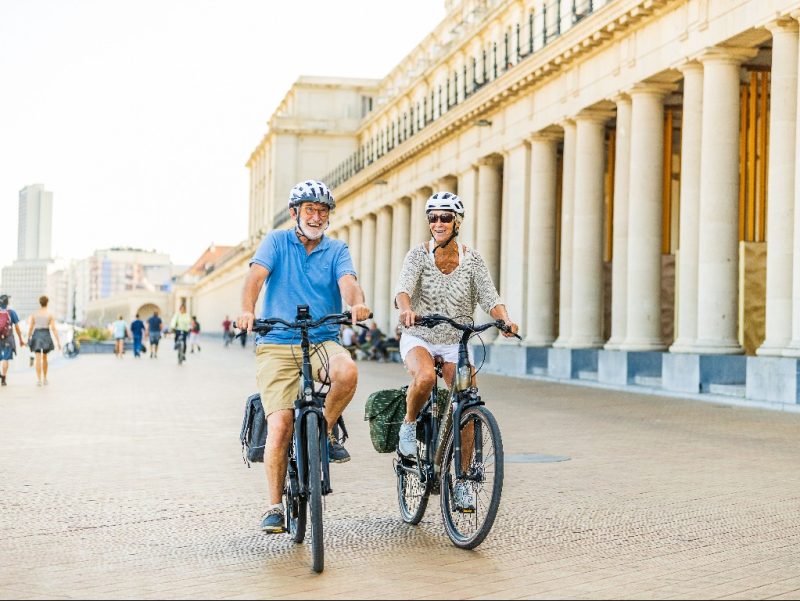 The system started in Limburg in 1995 and then expanded across Belgium, ultimately proving so successful that it was at least partially adopted in The Netherlands, France, Germany, and Croatia.

Frank says it’s obvious that someone with both a technical background and a passion for cycling came up with the “extremely practical system. Gone are the days people have to pack a map and stop at intersections to look for the correct way, he continues, adding numerous route planning tools, such as apps and websites, are now available. Those wanting to plan a route can visit this website.

Meanwhile, Frank says it makes sense the system originated in Flanders, which he labels the “heartland” of cycling and which can accommodate all levels of riders.

“A lot of the public infrastructure is built around cycling,” he reports. “Of course, many cities and villages date back to the Middle Ages, well before bicycles were invented, but it is obvious that bicycles as a mode of transportation were considered when cities were updated with modern transportation infrastructure. Dedicated cycling paths and roads, cross-country trails, combined with easy-to-read signage, all bear witness that cycling is a major mode of transportation. A fact that is welcomed by the population, promoted politically, and contributes to the sustainability of our destination. 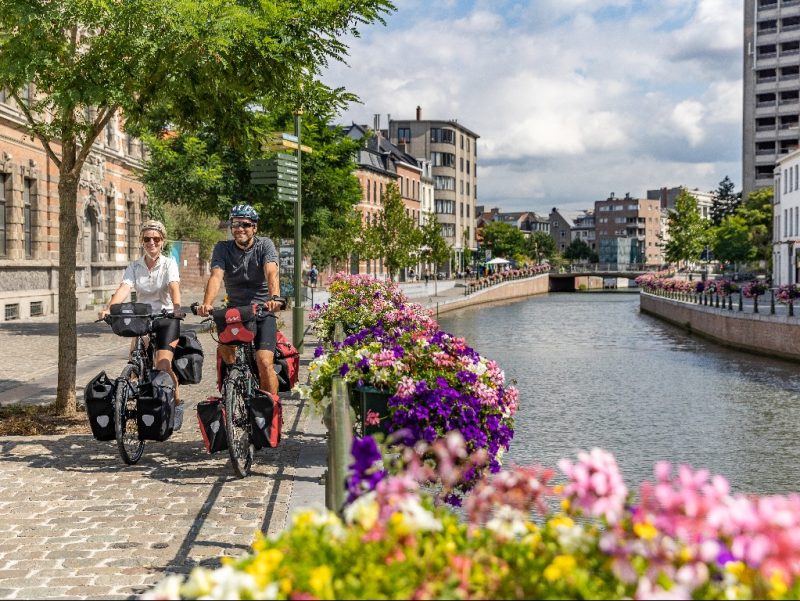 “The cycling road infrastructure is well established, with over 12,000 kms of sign-posted cycling roads and trails. If longer distances are required, it is very easy to travel with your bike on a bus or the train. There is an abundance of dedicated bicycle parking available at train stations and throughout the cities.

“Cycling is in the DNA of Flanders. It is extremely popular among all ages and genders. Bicycles are not only used as a recreational vehicle to exercise, but as an everyday means of transportation to go to work, shopping or to get around to run errands.”

Visit Flanders is making a concerted effort to reach out to tourists who like to spend their vacations cycling, in part through themed cycling routes, one of which revolves around beer and another designed for those fascinated by such great Flemish artists as Rubens and Bruegel. The routes include the likes of bike-friendly accommodations.

Cycling — both professional racing and leisure biking — have a long history in Flanders, predating individual motorized mass transportation. Bicycle racing began before World War I, with the first edition of the Ronde van Vlaanderen (Tour of Flanders) held in 1913.

Frank adds that those wanting to explore Flanders by bike can safely do so, with motorists being respectful of cyclists, as those drivers also likely cycle themselves. 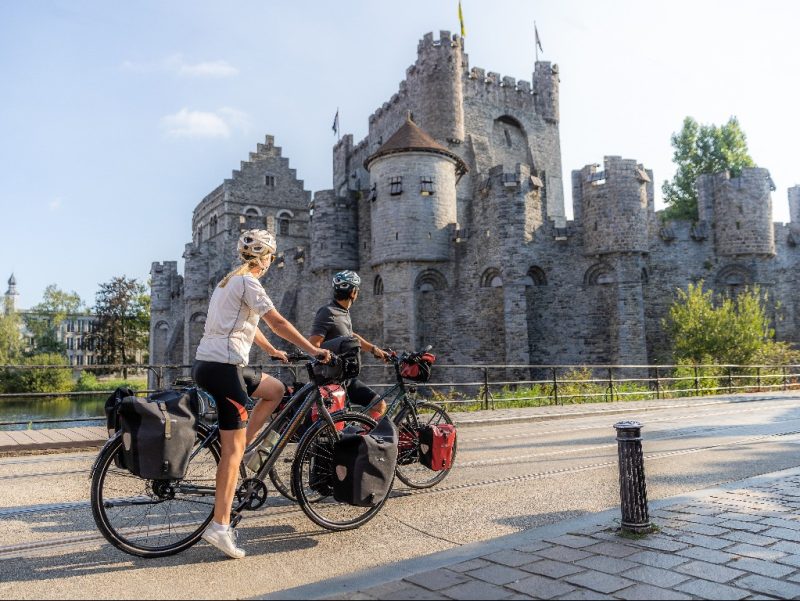 Rental bikes are available for tourists, with hourly and daily rates offered.

“The variety of bikes has seen tremendous growth in the bicycle industry,” Frank continues. “You see a continued diversification of the industry. Of course, among leisure cyclists, the regular touring/commuter bike remains the most popular bike. The arrival of e-bikes has lifted any age limitations and brought new people into cycling who might not have considered it as a viable long-term solution. You find many seniors on their e-bikes. It is not uncommon for people to sell their cars and solely depend on a bike for the regular commute to work, especially since a bike ride can easily be combined with trains across longer distances or the tram/subway in a city.”

Meanwhile, Frank promises that the world’s cycling enthusiasts will be in their element in his jurisdiction.

“Flanders is the heartland of cycling for all skill and interest levels,” he states. “If you just want to leisurely cycle for a few hours or spend a whole week on the hardcore trails of the Ronde van Vlaanderen, we got you covered. Come and check it out for yourself.”

Agents’ Choice is back and better than ever