Tourists can be on hand for tagging

Beneath the Waves says it didn’t experience any teething pains when it launched a tagging program on the Bahamian island of Exuma that tracks sharks.

Marine biologist Dr. Austin Gallagher, head of the non-profit, marine conservation organization told a recent Bahamas Ministry of Tourism webinar that those who oversee the program decided to invite curious guests at Exuma’s Grand Isle Resort & Residences to join them on a 2019 tagging expedition. It quickly built a following, with plenty of tourists now eager to pay to be on a boat from which sharks are caught, equipped with transmitters that may enable Beneath the Waves to monitor where the ocean dwellers are for up to 10 years and then be safely released.

The Bahamas was the first country to create a marine sanctuary — doing so over 60 years ago — and has banned the fishing of sharks, which have seen their numbers plummet in most parts of the world.

“They (participating tourists) are going to become conservationists in their own right,” Gallagher told the webinar. “They’re going to be talking (about the project) in the bar that night.” 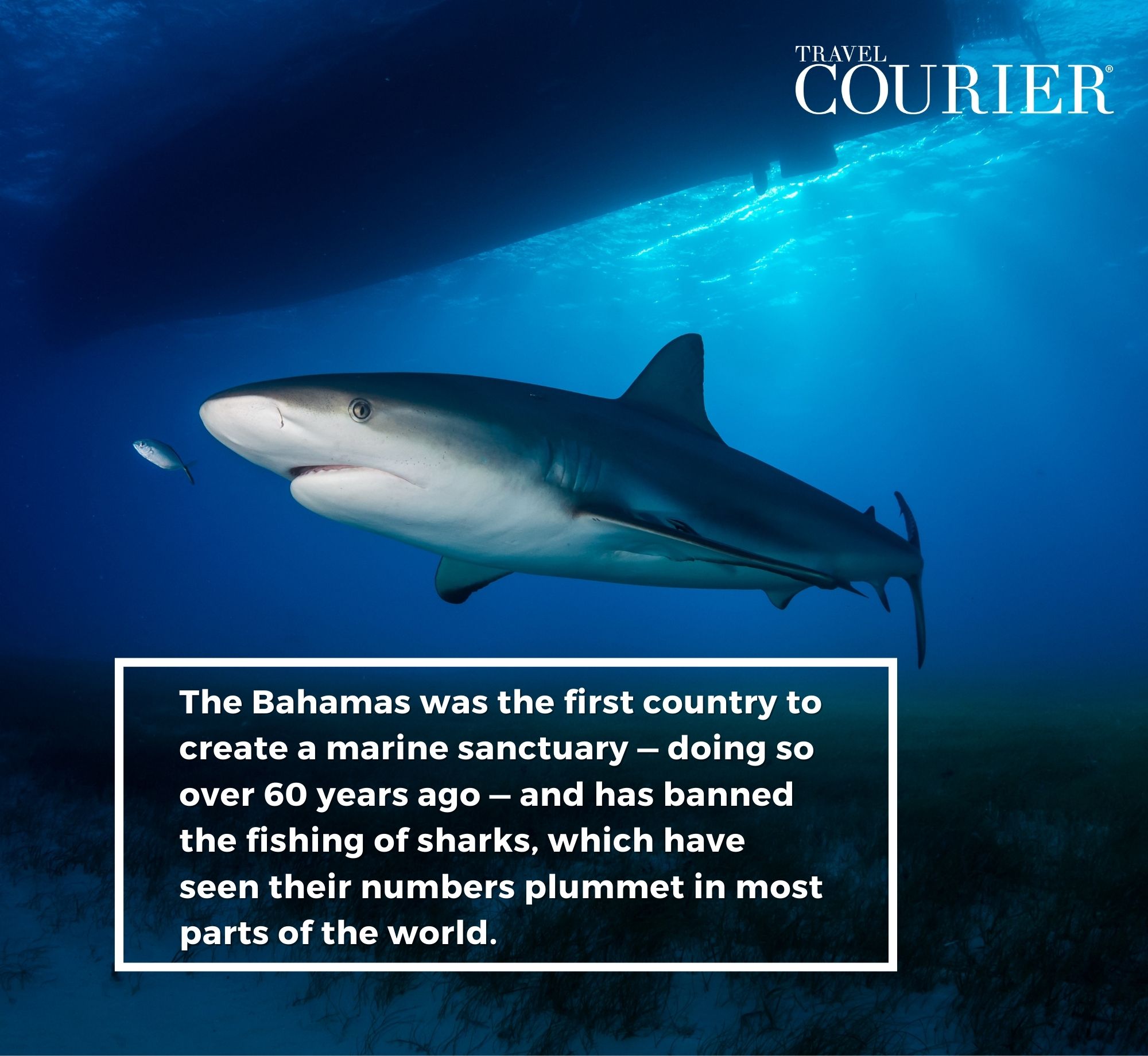 Beneath the Waves is now partnering with Grand Isle Resort & Residences on the project, which Gallagher says amounts to “the nexus of conservation and tourism.”

A professional photographer will be on the boat taking pictures.

Gathered information is shared with others eager to safeguard shark populations.

Gallagher said sharks don’t prey on people (“they don’t want to eat us”) and are still “relatively abundant” in Bahamian waters that are marked by the likes of coral reefs and shallow seagrass beds, and are a “beautiful mosaic of aquamarine and teal.”

Gallagher’s presentation was accompanied by pictures of tagging expeditions, including one of an immobilized, weighty tiger shark on the expedition boat being outfitted with a transmitter before being safely returned to the water.

Beneath the Waves managing director Jamie Fitzgerald said tourist participants may witness the tagging of nurse, reef, lemon, and tiger sharks and even “hammerheads if we’re really lucky… Every shark is a unique and fascinating experience from both an observation perspective and data collection.”

Meanwhile, Gallagher said shark-tagging expeditions can appeal to a range of people, including those who have just tied the knot.

“That sounds like a dream honeymoon,” he said. “On my honeymoon I went to Italy but maybe I should have gone shark-tagging…

“Let’s get on the water and make a difference,” he added.

Death on the Nile generates publicity for Egyptian tourism

It’s time to experience another side of Britain