According to the latest findings by ForwardKeys, the number of tourists arriving in the United States from the Asia Pacific region fell by 3.2% in 2018.

The Kilauea volcano eruption in Hawaii – a top destination for Japanese travellers to the US – contributed to a drop in US-bound tourism in the second half of 2018.

In addition, the number of Chinese visitors to the US during the year remained flat (0.0% growth) amid the ongoing trade war between the two countries. Asia Pacific represents a 20% market share of US inbound travel. 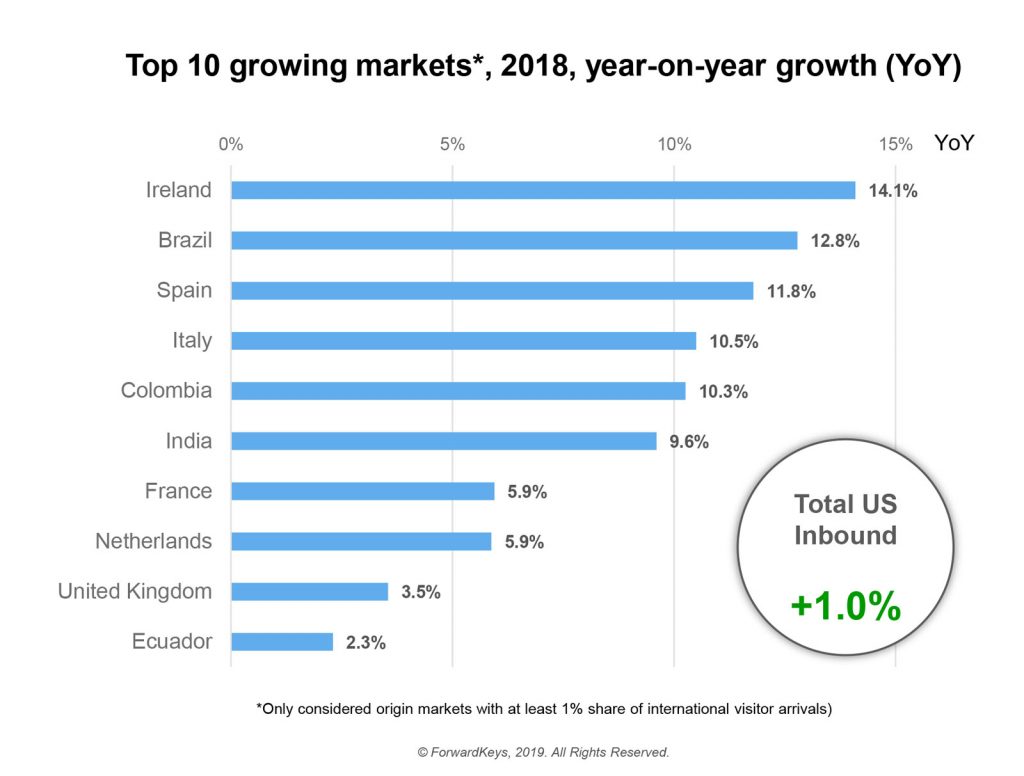 On the plus-side, the ForwardKeys figures show a 3.2% increase in European visitors to the US compared with 2017, representing a 38% market share. But German tourists stayed away, down 8.7% on 2017.

Overall, total international tourist arrivals in the US in 2018 showed very modest growth, up 1.0% on the previous year.

New York City consolidated its position as the top US destination for international travellers, up 2.1%. The Northeast as whole grew by 2.8%. Fort Lauderdale, in the South, and Detroit, in the Midwest, were the fastest-growing destinations, up 12.8% and 12.5% respectively. 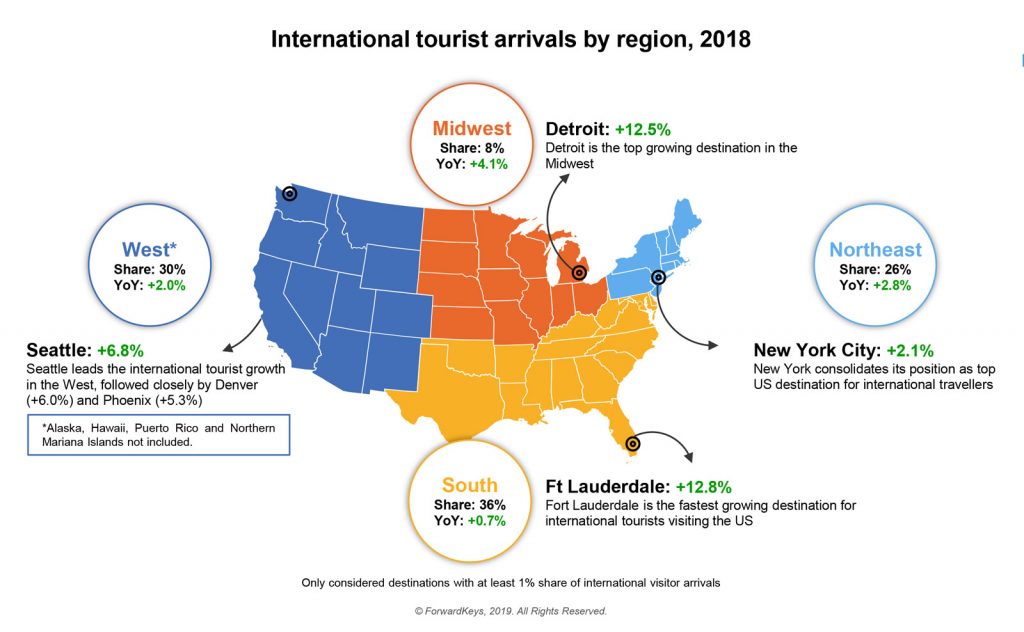 Olivier Jager, CEO, ForwardKeys, commented: “Once again, international air travel is at the mercy of world events, natural disasters and man-made disputes. Understanding fluctuations in tourism is vital intelligence for business and government alike; and ForwardKeys is committed to delivering them the most insightful data, as swiftly as possible, to aid their decision-making.”