Oslo’s past and present meet with the grand opening of Amerikalinjen, a boutique hotel located in the 20th century headquarters for the former cruise ship company Norwegian America Line designed by prolific Norwegian architects Andreas Bjercke and Georg Eliassen in 1919. 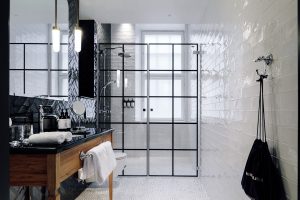 Featuring subtle nostalgic references and forward-thinking design, the intimate 122-room property in Norway’s capital city has since been transformed into a modern-day facility with luxurious accommodations, dining options, a jazz club and locally crafted amenities.

Playing homage to its historic past, the property’s interiors combine modern features with an overall aesthetic that echoes the building’s original era.

The new hotel is located on Jernbanetorget Square, adjacent to the bustling Central Station in downtown Oslo, and just a short stride from the up-and-coming Bjørvika neighbourhood – where the new Munch Museum and the newly renovated flagship Deichman public library are soon to open.

Exactly a century later, the grand Neo-Baroque building was spruced up and polished by Kritt Architects who, informed by the building’s decorative maritime trimmings, soaring vaulted ceilings, ornamental moldings and grand staircases, carved out 122 rooms and suites and a series of public spaces that includes four restaurants and bars and Vista – The Heritage Room, a library and social space.

Led by the building’s original facade and wide corridors, the rooms are defined by their high ceilings and feature views either looking out onto Jernbanetorget Square and the surrounding neighbourhood, the fjords, or an internal courtyard, while the suites – the Norwegian America Line’s former boardrooms – boast original ornate ceilings.

A collection of framed maps, photographs and old dining menus from the ships – uncovered during the building process – are featured throughout alongside furnishings that are reproductions of original mid-century classics. 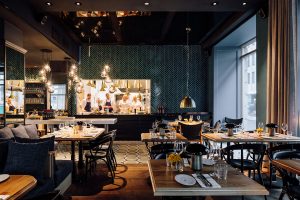 In a first for Oslo, the ground floor and basement are a series of public spaces for guests and locals alike. With its own curb-side entrance, Atlas is an all-day brasserie that serves an eclectic blend of European favorites, like oysters Rockefeller or steak tartar, while its grab-‘n’-go corner offers accessible healthy options like house-made soups, quinoa salads or traditional Norwegian waffles topped with a savoury twist like fresh avocado, herbs, pickled onions and eggs. 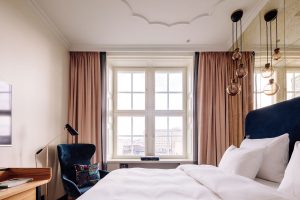 Amerikalinjen is now welcoming guests with rates starting at US$245 per night. As a member of Preferred Hotels & Resorts Lifestyle Collection, travel agents are able to book rates flagged as commissionable under the PH code on GDS, or through www.PreferredHotels.com. 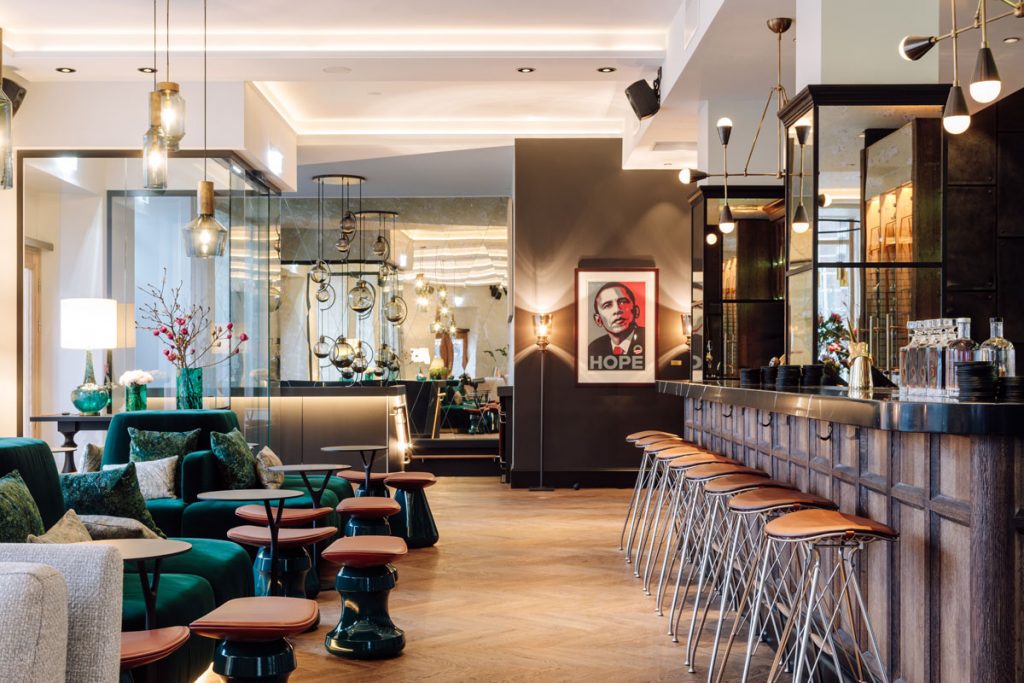